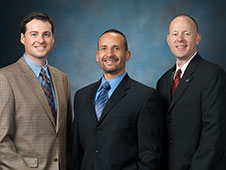 Leading a team of flight controllers, support personnel and engineering experts from around the world, NASA’s flight directors have the overall responsibility to manage and carry out International Space Station operations. Flight directors also are involved in integration of cargo and crew vehicles with the International Space Station and developing plans for future exploration missions.

“As we move into a new era of spaceflight, these new flight directors will help us transition the knowledge and experience from the existing human spaceflight programs into the next period of exploration and space station operations,” said John McCullough, chief of the Flight Director Office. “This includes development of new technologies and techniques for spaceflight, as well as development and execution of our future missions in the years to come.”

The selection process began at the beginning of August. It brings to 25 the number of active flight directors currently supporting the space station, exploration, commercial spaceflights and new technology demonstration initiatives. Once the new flight directors have completed their training and certification, only 83 people will have served as NASA flight directors in the nearly 50 years of human spaceflight.