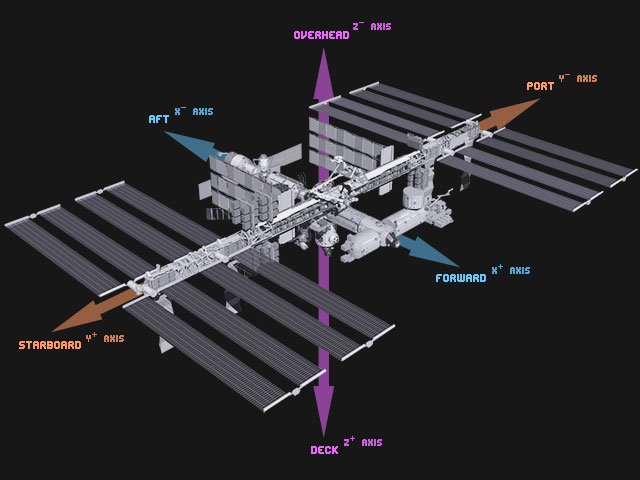 The International Space Station hosts astronauts, gear and science from around the world. Three laboratories from Europe, Japan and the United States bring them all together for the most advanced research and development. More than 150 experiments involving researchers from around the world are active at any given time.

While the space station is the most advanced spacecraft ever built, its coordinate system is labeled like any sea-faring vessel on Earth using traditional nautical terms. Understanding this coordinate system will help you use this interactive and understand the relative positions of the onboard experiment facilities.

Inside the station’s three international laboratory modules are numerous racks that support science, environmental and electrical systems. Depending on which side the laboratory is facing in the station’s coordinate system the racks’ locations are labeled using nautical terms. The International Space Station Laboratory Racks interactive depicts these racks and their locations inside the orbiting lab.

The U.S. Destiny laboratory is just behind the Harmony Node. Its racks are set up in the port, starboard and overhead, deck configuration.
› Back To Top