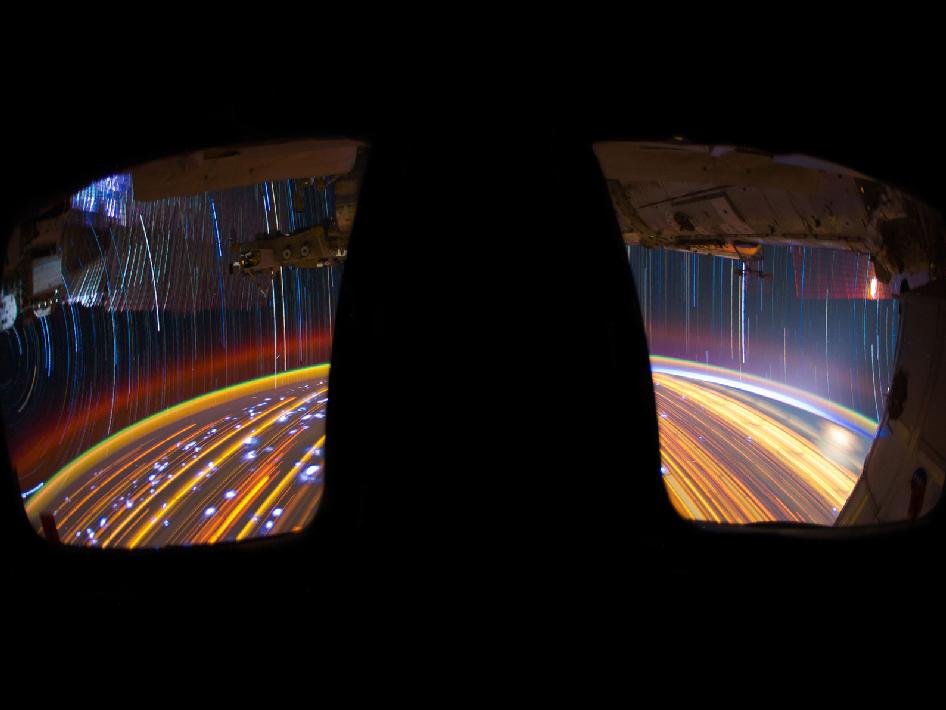 JSC2012-E-051506_alt (22 March 2012) --- This is a composite of a series of images photographed from a mounted camera on the Earth-orbiting International Space Station, from approximately 240 miles above Earth. Expedition 31 Flight Engineer Don Pettit relayed some information about photographic techniques used to achieve the images: “My star trail images are made by taking a time exposure of about 10 to 15 minutes. However, with modern digital cameras, 30 seconds is about the longest exposure possible, due to electronic detector noise effectively snowing out the image. To achieve the longer exposures I do what many amateur astronomers do. I take multiple 30-second exposures, then ‘stack’ them using imaging software, thus producing the longer exposure.” A total of 46 images photographed by the astronaut-monitored stationary camera in the Cupola were combined to create this composite. Other locations on the orbital outpost were used by the crew to mount cameras to achieve other composites.