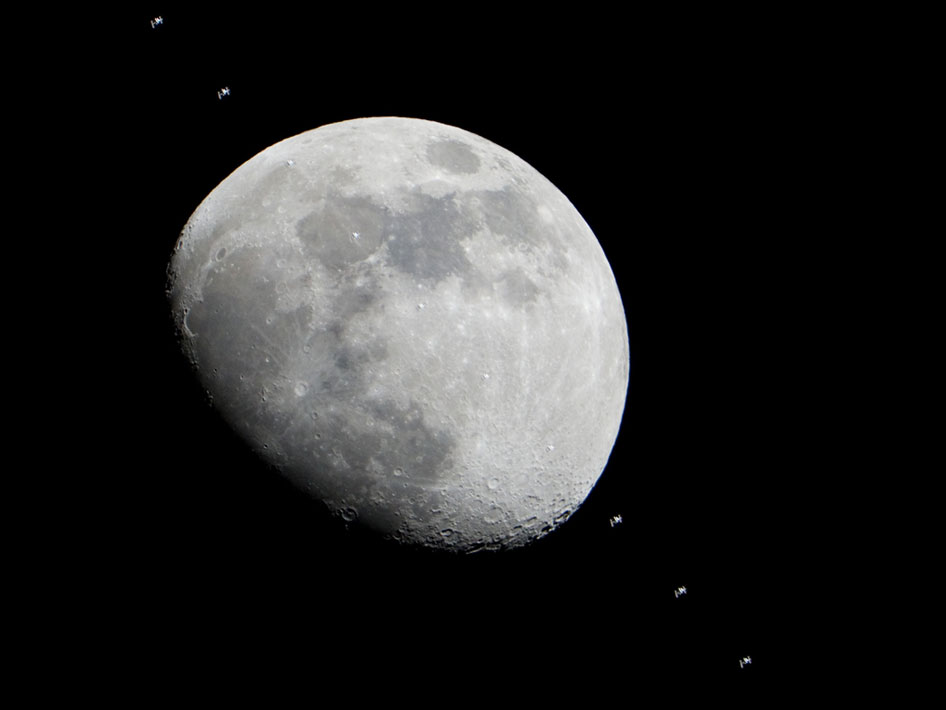 JSC2012-E-017837 (4 Jan. 2012) --- Multiple images of the International Space Station flying over the Houston area have been combined into one composite image to show the progress of the station as it crossed the face of the moon in the early evening of Jan. 4. The station, with six astronauts and cosmonauts currently aboard, was flying in an orbit at 390.8 kilometers (242.8 miles). The space station can be seen in the night sky with the naked eye and a pair of field binoculars may reveal some detail of the structural shape of the spacecraft. Station sightings in the area will be possible again (weather permitting) Friday, Jan. 6, beginning at 6:11 p.m. CST. Viewing should be possible for approximately six minutes as the station moves from 10 degrees above west-northwest to 10 degrees above south-southeast. The maximum elevation will be 44 degrees. To find sighting details by city, visit: http://go.usa.gov/81R. Equipment used by the NASA photographer, operating from NASA’s Johnson Space Center, was as follows: Nikon D3S, 600mm lens and 2x converter, Heavy Duty Bogen Tripod with sandbag and a trigger cable to minimize camera shake. The camera settings were as follows: 1/1600 @ f/8, ISO 2500 on High Continuous Burst. Photo credit: NASA