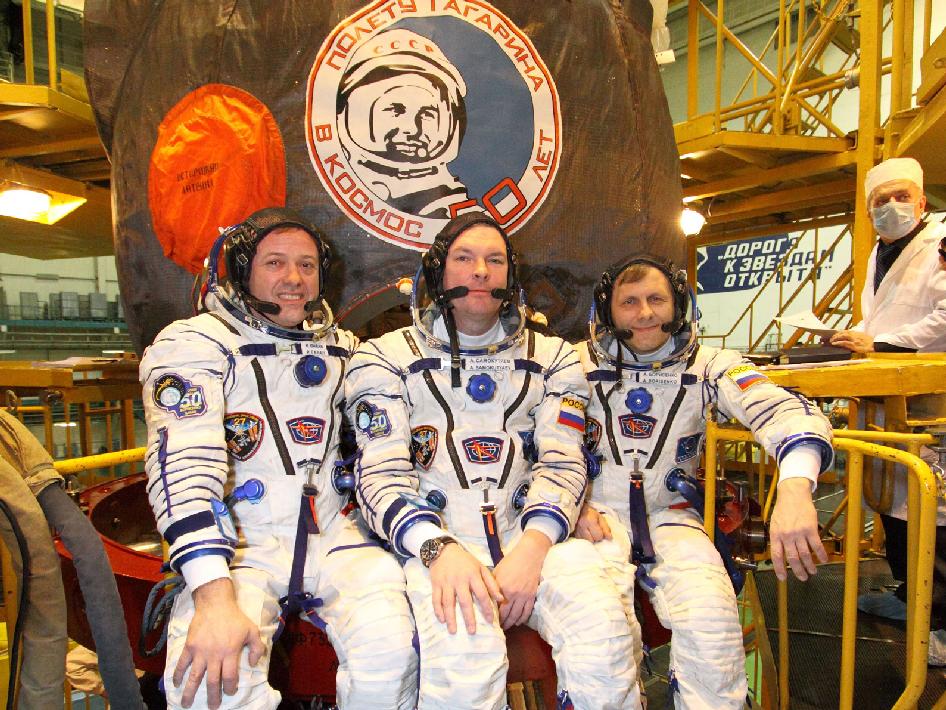 JSC2011-E-027671 (22 March 2011) --- At the Baikonur Cosmodrome in Kazakhstan, NASA astronaut Ron Garan (left), Expedition 27 flight engineer; along with Russian cosmonauts Alexander Samokutyaev (center), Soyuz commander; and Andrey Borisenko, flight engineer, pose for pictures outside their Soyuz TMA-21 spacecraft during a check of its systems March 22, 2011. The Soyuz, which has been dubbed "Gagarin" and which bears the likeness of cosmonaut Yuri Gagarin, the first human in space, is scheduled for launch on April 5 (April 4, U.S. time), just one week shy of the 50th anniversary of Gagarin’s historic journey into space from the same launch pad that the Expedition 27 crew will begin their mission from. Photo credit: NASA/Victor Zelentsov