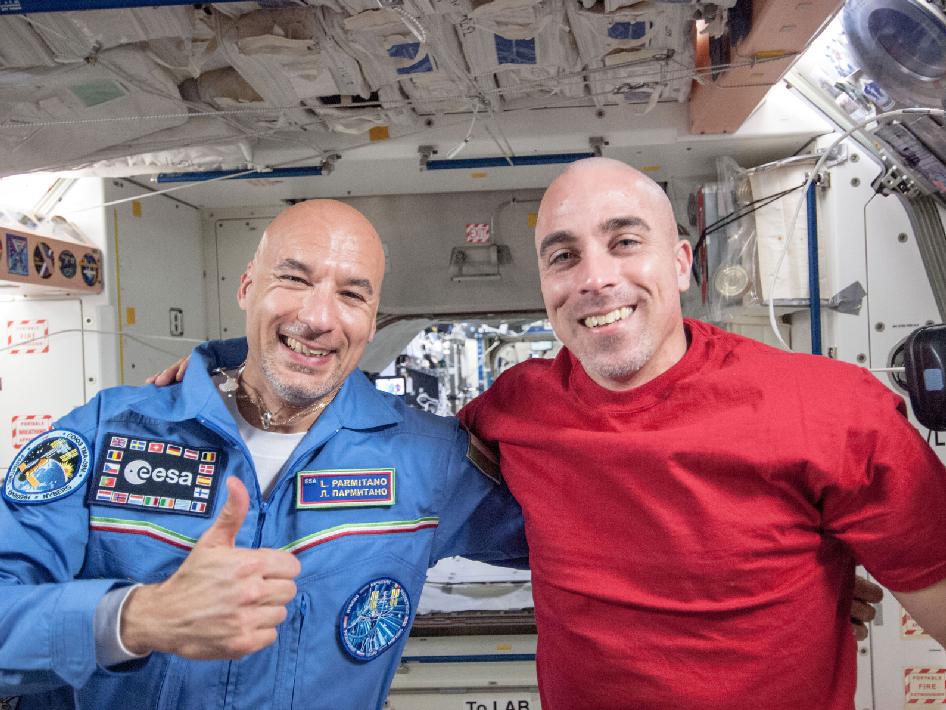 ISS036-E-004773 (29 May 2013) --- With the recent "close shave haircut" of Expedition 36 Flight Engineer Chris Cassidy, (right), the NASA astronaut has added to any common denominators that he shares with Flight Engineer Luca Parmitano (left) of the European Space Agency. The two are pictured in the Unity node of the International Space Station. Cassidy's new look came as a complete surprise to Parmitano and the two flight engineers who had docked earlier with the International Space Station.