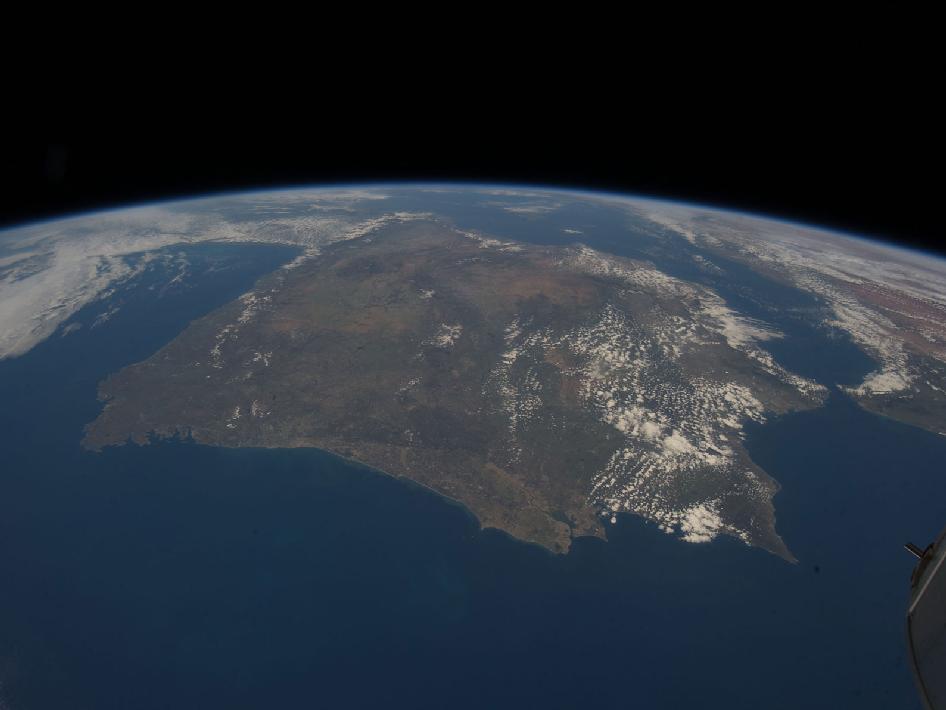 ISS035-E-027420 (23 April 2013) --- One of the Expedition 35 crew members aboard the International Space Station photographed this high oblique image of the Iberian Peninsula on April 23, 2013. This is one of the very few pictures in the history of the decades old NASA-managed human-tended space program that shows the entire peninsula, with Portugal, Spain and Gibraltar. The Strait of Gibraltar (right center) is a narrow strait that connects the Atlantic Ocean to the Mediterranean Sea and separates Gibraltar and Spain in Europe from Morocco (far right center)in Africa. Europe and Africa are separated by 7.7 nautical miles (14.3 kilometers or 8.9 statute miles) of ocean at the strait's narrowest point. A small part of France is barely visible at the horizon (top center).