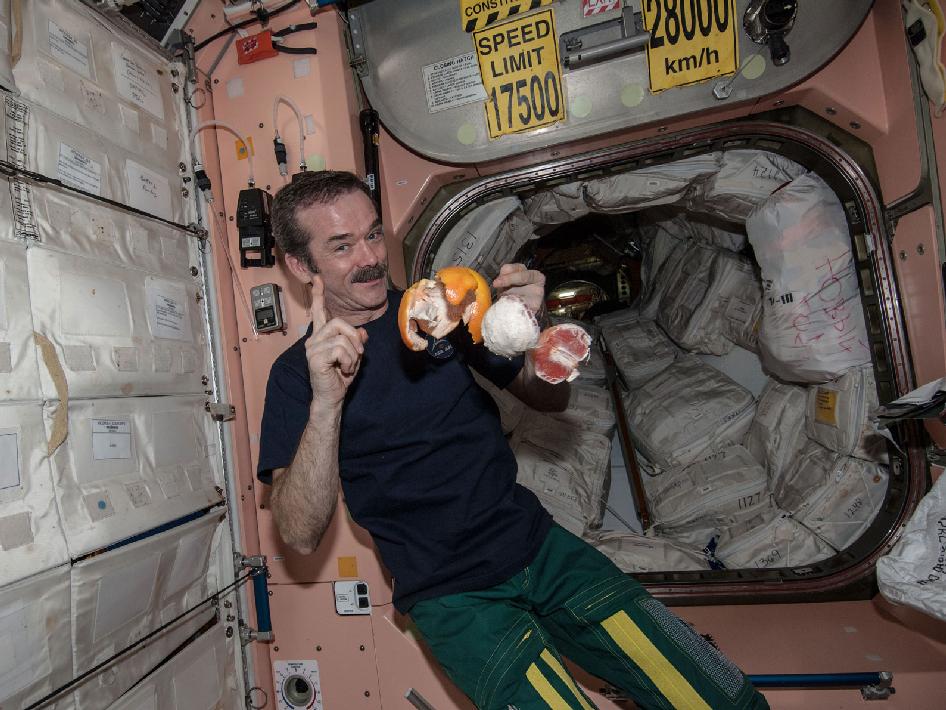 ISS035-E-010435 (30 March 2013) --- In the Unity node of the Earth-orbiting International Space Station, Expedition 35 Commander Chris Hadfield of the Canadian Space Agency enjoys part of the "fruits of labor," so to speak, from a visiting spacecraft for the second time in a month. This particular grapefruit came by way of the Soyuz TMA-08M spacecraft, which arrived on March 29, along with three new Expedition 35 crew members. The SpaceX Dragon-2 spacecraft delivered a nice assortment of fresh fruit along with more than a half ton of supplies and gear on March 3, when Hadfield was serving as a flight engineer on the Expedition 34 crew.