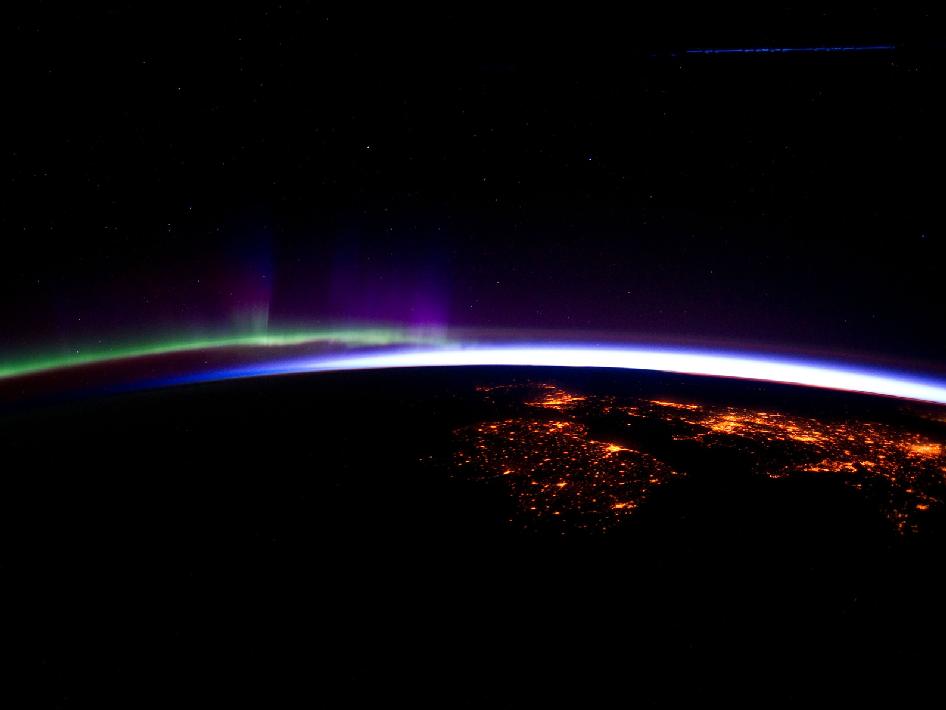 Ireland and the United Kingdom

ISS030-E-177670 (28 March 2012) --- One of the Expedition 30 crew members photographed this nighttime scene while the International Space Station was flying at an altitude approximately 240 miles over the eastern North Atlantic. The view looks northeastward. Center point coordinates are 46.8 degrees north latitude and 14.3 degrees west longitude. The night lights of the cities of Ireland, in the foreground, and the United Kingdom, in the back and to the right, are contrasted by the bright sunrise in the background. The greens and purples of the Aurora Borealis are seen along the rest of the horizon.