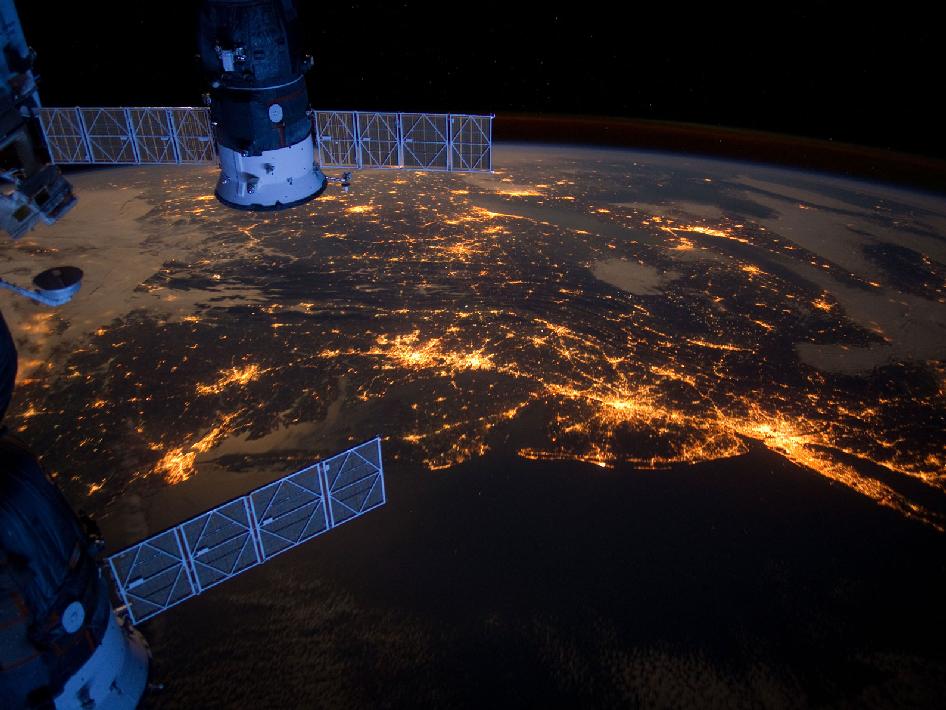 ISS030-E-078095 (6 Feb. 2012) --- One of the Expedition 30 crew members aboard the International Space Station took this nighttime photograph of much of the eastern (Atlantic) coast of the United States. Large metropolitan areas and other easily recognizable sites from the Virginia/Maryland/Washington, D.C. area spanning almost to Rhode Island are visible in the scene. Boston is just out of frame at right. Long Island and the Greater Metropolitan area of New York City are visible in the lower right quadrant. Large cities in Pennsylvania (Philadelphia and Pittsburgh) are near center. Parts of two Russian vehicles parked at the orbital outpost are seen in left foreground.