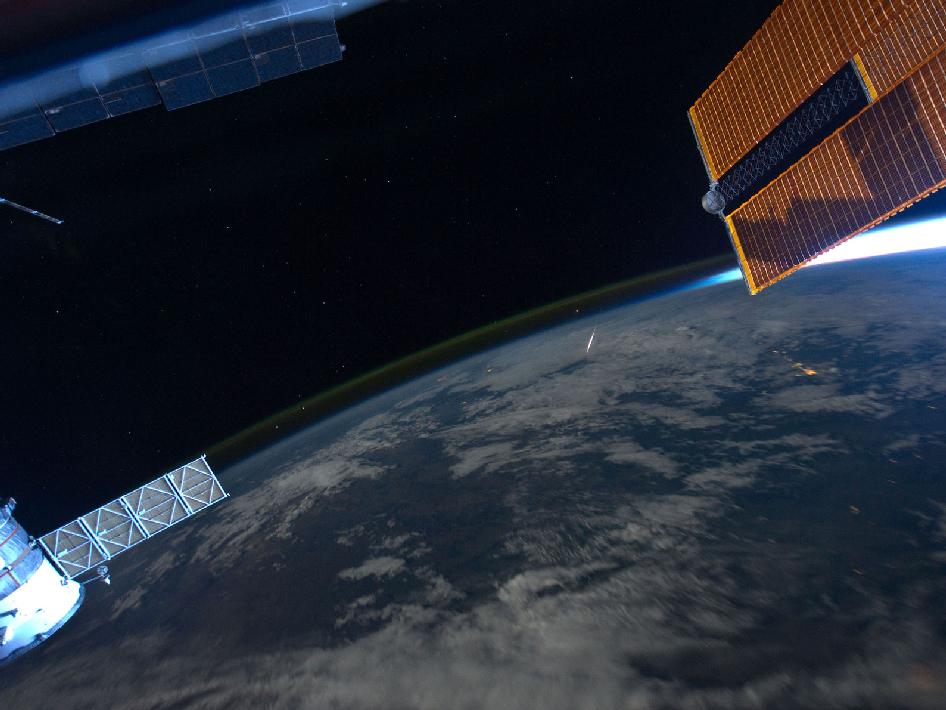 ISS028-E-024847 (13 Aug. 2011) --- Astronaut Ron Garan, Expedition 28 flight engineer, tweeted this image from the International Space Station on Aug. 14 with the following caption: "What a 'Shooting Star' looks like from space, taken yesterday during Perseid Meteor Shower." The image was photographed from the orbiting complex on Aug. 13 when it was over an area of China approximately 400 kilometers to the northwest of Beijing. The rare photo opportunity came as no surprise since the Perseid Meteor Shower occurs every year in August. The meteors are particles that originate from the comet Swift-Tuttle along its orbital path; the comet's orbit is close enough for these particles to be swept up by the Earth's gravitational field each year. Green and dim yellow airglow appears as thin layers visible above the limb of the Earth, extending from image left to upper image right. Atoms and molecules above 50 kilometers in the atmosphere are excited by sunlight during the day, and then release this energy at night producing primarily green light observable from orbit. The sun is low on the horizon as it appears near part of one of the station's solar panel arrays at image upper right.