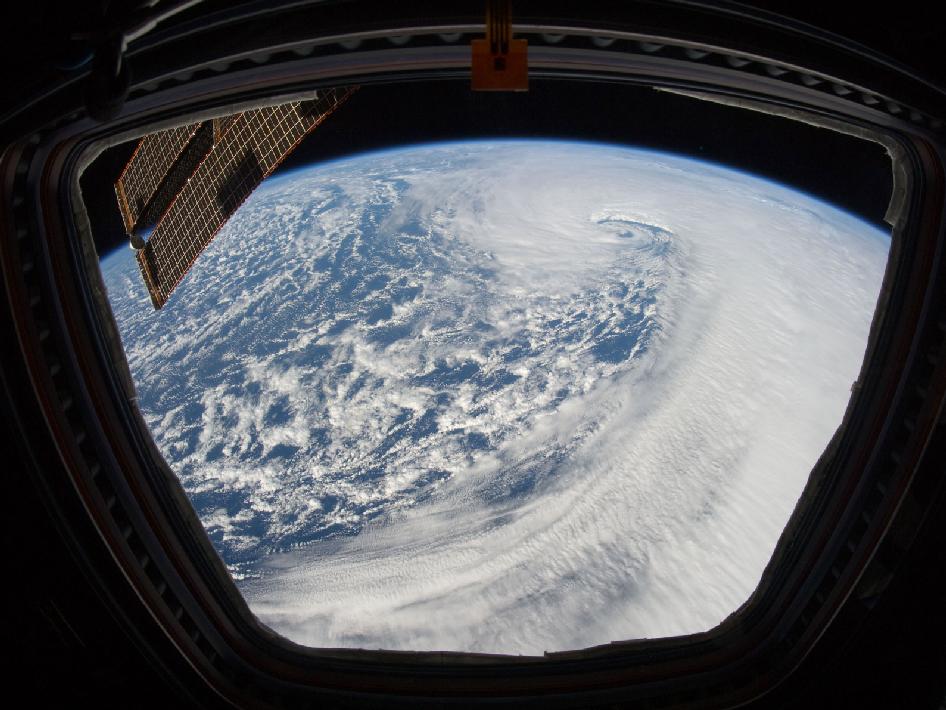 ISS027-E-006501 (20 March 2011) --- A low pressure system in the eastern North Pacific Ocean is featured in this image photographed by an Expedition 27 crew member in the Cupola of the International Space Station. This vigorous low pressure system has started to occlude—a process associated with separation of warm air from the cyclone’s center at the Earth’s surface. This view shows the arc of strong convection beyond the center of the low pressure, formed as the low occludes when the cold front overtakes the warm front. This occurs around more mature low pressure areas, later in the process of the system’s life-cycle.