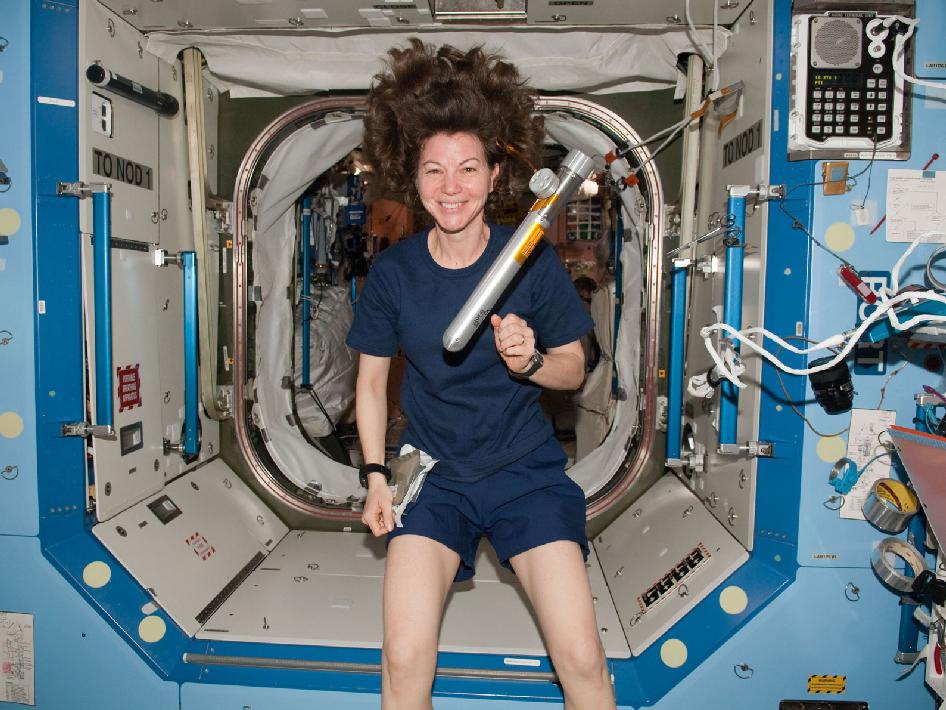 Message in a Bottle

ISS026-E-031050 (1 March 2011) --- NASA astronaut Cady Coleman, Expedition 26 flight engineer, is pictured near a Japanese-designed metal cylinder floating freely in the Destiny laboratory of the International Space Station while space shuttle Discovery remains docked with the station. On Feb. 28, spacewalkers Steve Bowen and Alvin Drew opened and 'filled' the cylinder, named "Message in a Bottle", with space, or rather the vacuum of outer space, and then sealed it to be brought back to Earth with the Discovery crew (STS-133).