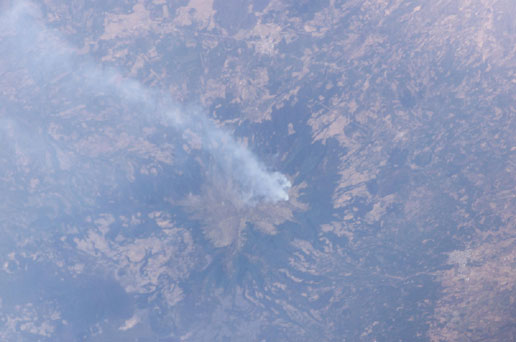 This dramatic image of the Colima Volcano was captured by the crew of Expedition 11 aboard the International Space Station. The volcano lies due south of Guadalajara and Lake Chapala. It is considered to be one of Mexico's most active and most dangerous volcanoes, lying not far from heavily populated areas.