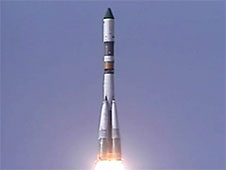 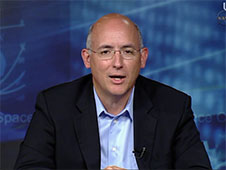 The ISS Progress 44 launched from the Baikonur Cosmodrome at 9 a.m. EDT (7 p.m. Kazakhstan time) August 24 on a Soyuz U rocket, bound for the International Space Station. At 5 minutes and 25 seconds into flight, the Soyuz rocket experienced a third-stage engine shutdown due to an anomaly. Given the trajectory and energy, the Progress did not reach orbit and landed in the Altai Region of Russia.

"At 1300 (GMT), we lifted off, following 320 seconds of flight there was a failure in the upper stage of the launch vehicle. We lost comm(unications) after a while with the launch vehicle and we did not report stage separation,” said Maxim Matuchen, the head of the Russian Mission Control Center.

International Space Station Program Manager Michael Suffredini held a news conference at the Johnson Space Center discussing the loss of the resupply vehicle and the impact it may have on the program and the crew. There are plenty of supplies to support the crew, and the station is in a good configuration. However, a Russian commission has been formed to investigate the root cause of the vehicle loss which may affect upcoming Russian spacecraft launches.

There has never been a Progress loss during the International Space Station Program. As of August 2011, the Russian Space Agency had launched 745 Soyuz-U launch vehicles. There have been 21 launch failures and 724 successes.