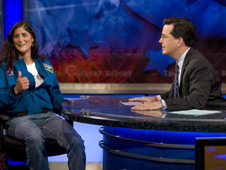 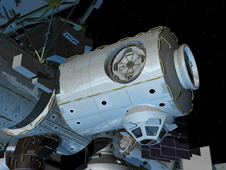 Tranquility is a pressurized module that will provide room for many of the space station's life support systems.Credit: NASA 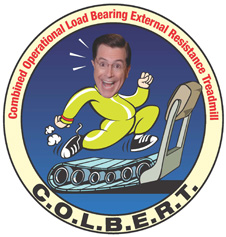 The International Space Station module formerly known as Node 3 has a new name. After receiving more than a million responses in an online poll, NASA is naming the node "Tranquility."

"The public did a fantastic job and surprised us with the quality and volume of the suggestions," said Bill Gerstenmaier, associate administrator for Space Operations.

"Apollo 11 landed on the moon at the Sea of Tranquility 40 years ago this July. We selected 'Tranquility' because it ties it to exploration and the moon, and symbolizes the spirit of international cooperation embodied by the space station."

NASA announced the name Tuesday with the help of Expedition 14 and 15 astronaut Suni Williams on Comedy Central's "The Colbert Report." The show's producers offered to host the name selection announcement after comedian Stephen Colbert took an interest in the poll and urged his viewers to suggest the name "Colbert," which received the most entries.

"We don't typically name U.S. space station hardware after living people and this is no exception," Gerstenmaier joked. "However, NASA is naming its new space station treadmill the 'Combined Operational Load Bearing External Resistance Treadmill,' or COLBERT. We have invited Stephen to Florida for the launch of COLBERT and to Houston to try out a version of the treadmill that astronauts train on."

The treadmill is targeted to launch to the station in August. It will be installed in Tranquility after the node arrives at the station next year. A newly-created patch will depict the acronym and an illustration of the treadmill.

Tranquility is scheduled to arrive at NASA's Kennedy Space Center in Florida in May. There, it will be prepared for space shuttle Endeavour's flight, designated STS-130, which is targeted for launch in February 2010.

Tranquility will join four other named U.S. modules on the station: the Destiny laboratory, the Quest airlock, the Unity node and the Harmony node.

Tranquility is a pressurized module that will provide room for many of the space station's life support systems. Attached to the node is a cupola, which is a unique work station with six windows on the sides and one on top.

Suni Williams made the announcement on "The Colbert Report" two years after running the Boston Marathon in space on a station treadmill similar to COLBERT.