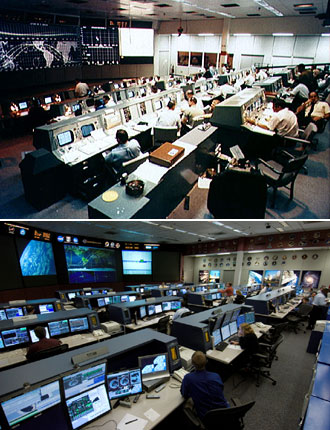 Images above: The above photos show the flight control room known as FCR-1 as it appeared back in 1968, and as it debuts this week as the main center for flight control of the International Space Station. Photo credit: NASA

International Space Station flight controllers are now operating from the new mission control room. The new station room was first commissioned as one of two flight control rooms at Johnson Space Center in 1965. It has been updated to increase technical capabilities and available workspace for the station team as they embark on a series of tasks as complex as any in the history of human spaceflight.