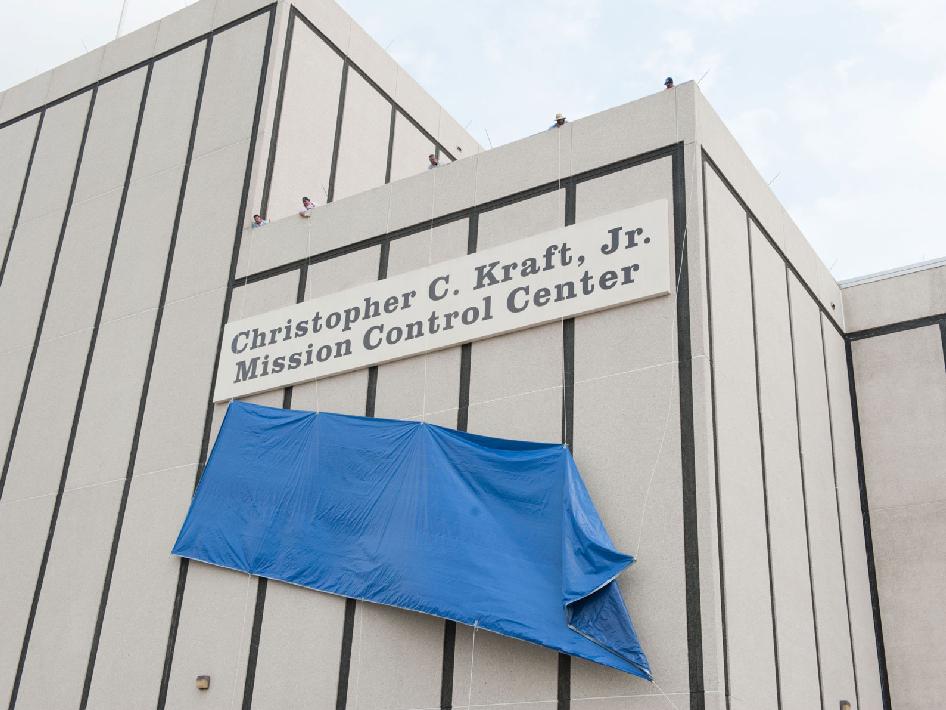 JSC2011-E-036650 (14 April 2011) --- After more than 45 years of service to the nation's space program, the naming for NASA's mission control center became official with the unveiling of a new nameplate on the building, designating the legendary building as the Christopher C. Kraft, Jr., Mission Control Center. Dr. Kraft, America's first human space mission flight director, and his wife were joined by JSC Director Michael Coats and hundreds of other old and new admirers in the April 14 ceremony during which the historic mission control center was re-named in Dr. Kraft's honor for his service to the nation and its space programs. Photo credit: NASA