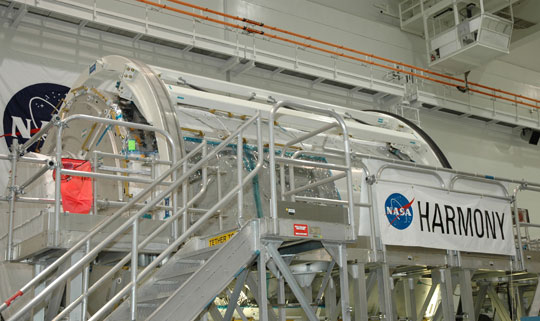 If the saying is true that great minds think alike, then students from six different schools must be geniuses. All six submitted "Harmony" as the winning name for the U.S. Node 2 module destined for the International Space Station.

"This module will allow all international partner pieces of the station to connect together, so it's really wonderful that kids recognize that harmony is necessary for space cooperation," said Bill Gerstenmaier, associate administrator for space operations. 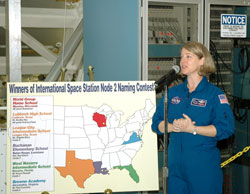 The schools -- from Virginia, Louisiana, Texas, Florida and Wisconsin -- were notified of the selection just prior to the official announcement at the Space Station Processing Facility at NASA's Kennedy Space Center in Florida. Harmony is being prepared for its trip to space on mission STS-120, targeted for launch later this year, and astronauts from that crew joined NASA officials for the announcement.

Harmony will be the fourth named U.S. module on the space station, taking its place with the Destiny laboratory, the Quest airlock and the Unity node.