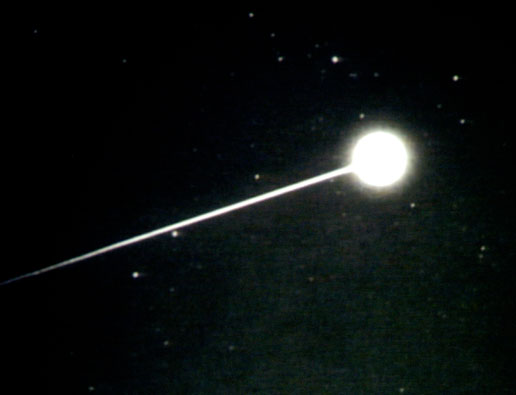 The following movie was taken from a NASA DC-8 aircraft as the Stardust sample return capsule entered the atmosphere in the early morning hours of Jan. 15, 2006. At the time this video was shot, the DC-8 was flying at the eastern edge of the Nevada state line. The Stardust sample return capsule had a soft landing in the US Air Force's Utah Test and Training Range at 3:10 am MST.