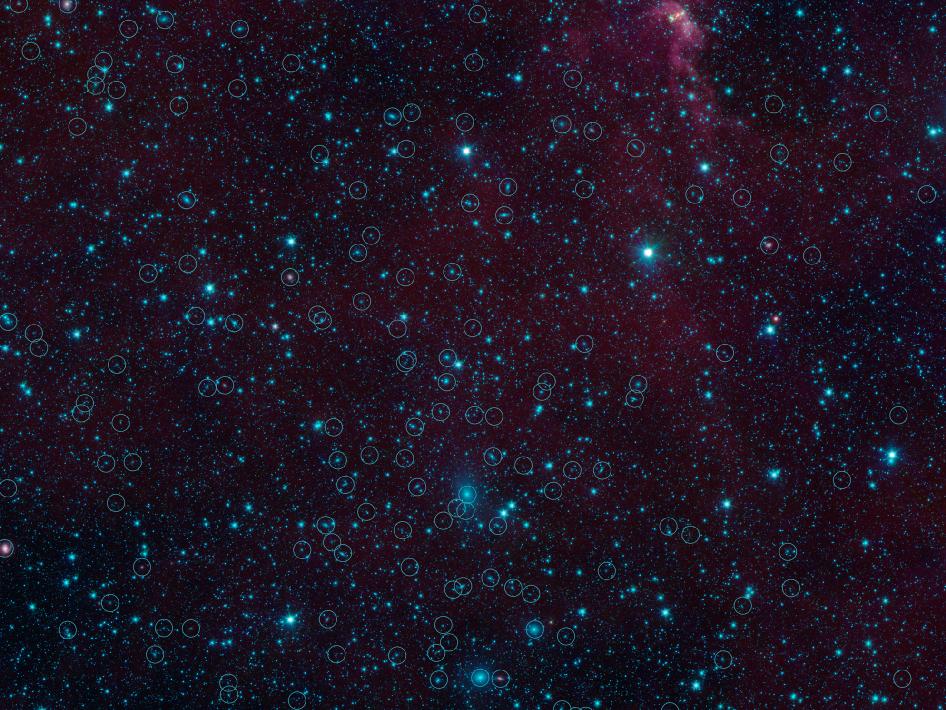 There are nearly 200 galaxies within the marked circles in this image from NASA's Spitzer Space Telescope. These are part of the Perseus-Pisces supercluster of galaxies located 250 million light-years away. Normally, galaxies beyond our Milky Way are hidden from view when they happen to fall behind the plane of our galaxy. This is due to foreground dust standing in the way.

Spitzer's Galactic Legacy Infrared Mid-Plane Survey Extraordinaire 360, or Glimpse 360 project, is pointing Spitzer away from the galactic center, to complete a full 360-degree scan of the Milky Way plane. It has captures many images in the process, such as this one, revealing hidden objects.