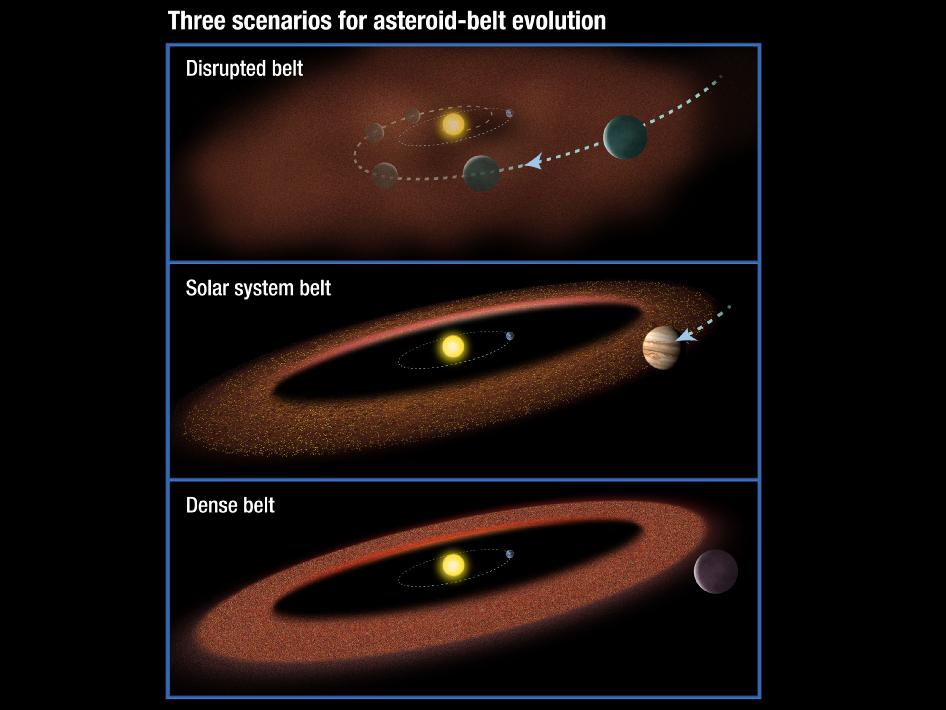 Scenarios for the Evolution of Asteroid Belts

New research based on an analysis of theoretical models and archival observations, including infrared data from NASA's Spitzer Space Telescope, suggests that the second scenario may also be important for the development of life in other solar systems.