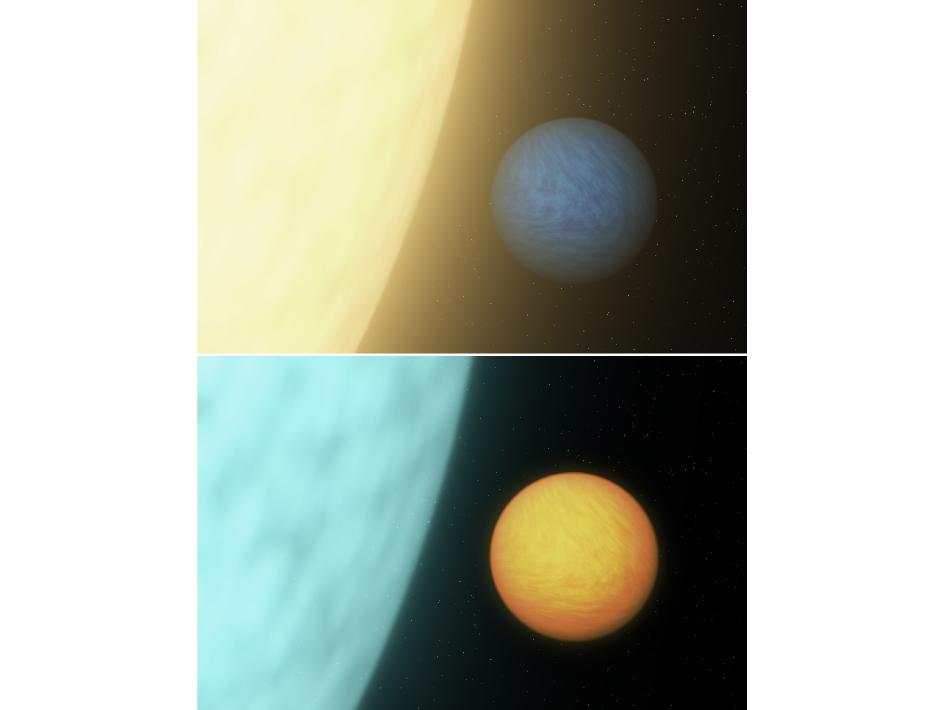 How to See a Super Earth

NASA's Spitzer Space Telescope was able to detect a super Earth's direct light for the first time using its sensitive heat-seeking infrared vision. Super Earths are more massive than Earth but lighter than gas giants like Neptune. As this artist's concept shows, in visible light, a planet is lost in the glare of its star (top view). When viewed in infrared, the planet becomes brighter relative to its star. This is largely due to the fact that the planet's scorching heat blazes with infrared light. Even on our own bodies emanate more infrared light than visible due to our heat.

Spitzer cannot distinguish between the planet and star -- it just sees the total light of the system. However, its infrared eyes can see the dip in total light that occurs as a planet passes behind its star (the dip is minuscule when viewed in visible light). The resulting drop then reveals how much direct light comes from the planet itself. This information can be used to determine a planet's temperature, and in some cases, composition. For 55 Cancri e, the Spitzer observations indicated that the planet is very dark and that its sun-facing side is scorching hot, about 2,000 kelvins (3,140 degrees Fahrenheit).