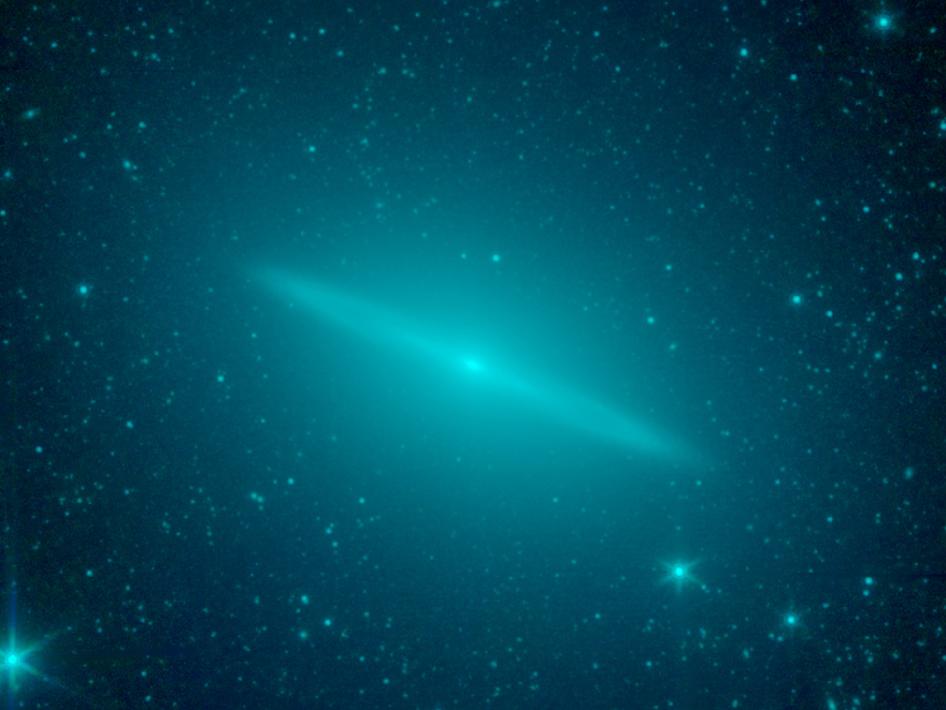 Sombrero Galaxy Not So Flat After All

New observations from NASA's Spitzer Space Telescope reveal the Sombrero galaxy is not simply a regular flat disk galaxy of stars as previously believed, but a more round elliptical galaxy with a flat disk tucked inside. Spitzer's infrared vision allowed astronomers to sample the entire population of the galaxy's stars, as seen in this view in which starlight appears blue-green. The elliptical galaxy is so large that is spills beyond the edges of Spitzer's view.

Within the elliptical is a flat disk galaxy. The disk itself shows hints of an inner, bright disk separated by a slight gap from an outer ring. The disk galaxy falls well within the bounds of the outer elliptical.

In previous images taken by visible telescopes, the galaxy's flat disk is the most prominent feature. The overall appearance resembles a wide-brimmed hat, or sombrero, hence the galaxy's name. Visible-light views missed the elliptical, or more round, nature of the galaxy, because the old stars dominating the elliptical structure are very dim when viewed at visible-light wavelengths. These same stars stood out when viewed in infrared light by Spitzer, allowing astronomers to re-classify the galaxy as an elliptical with a disk inside.

Infrared light of 3.5 and 4.6 microns is color-coded blue-green in this view.