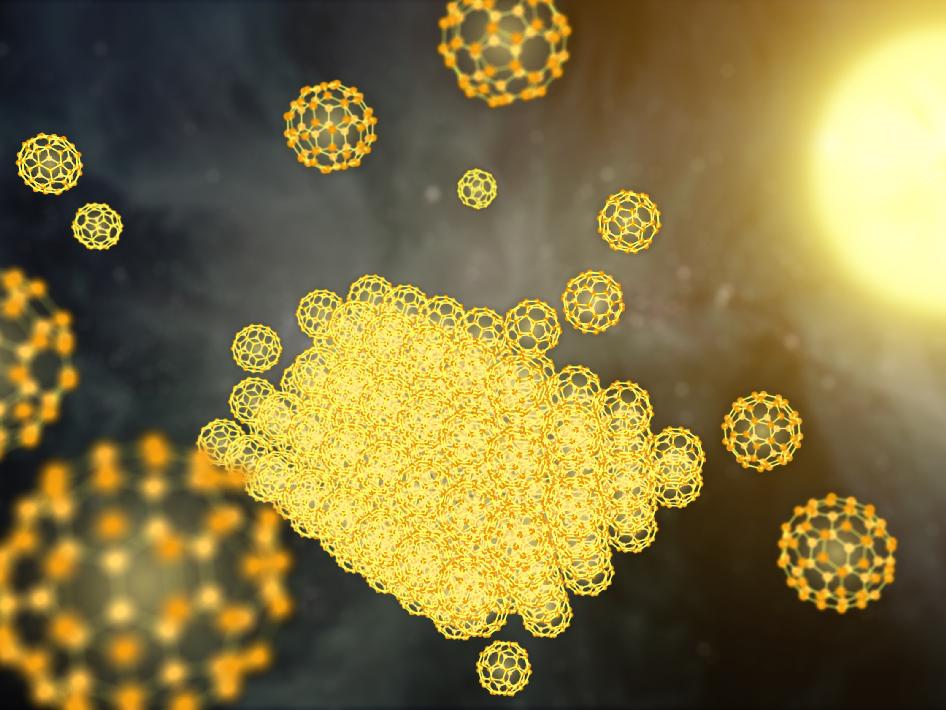 Building a Buckyball Particle in Space

NASA's Spitzer Space Telescope has detected the solid form of buckyballs in space for the first time. To form a solid particle, the buckyballs must stack together, as illustrated in this artist's concept showing the very beginnings of the process. The buckyball particles were spotted around a small, hot star -- a member of a pair of stars, called XX Ophiuchi, located 6,500 light-years from Earth.

The discovery implies that the little carbon spheres are prevalent in certain stellar regions of the cosmos. Unlike a gas, a solid is more dense, requiring large quantities of molecules to form.

The infrared observatory first detected buckyballs as a gas in 2010, the first time the material was ever definitively observed in space. Buckyballs are made up of 60 carbon atoms arranged as hollow spheres that resemble soccer balls. They also look like the geodesic domes of the late architect Buckminster Fuller, hence their name.