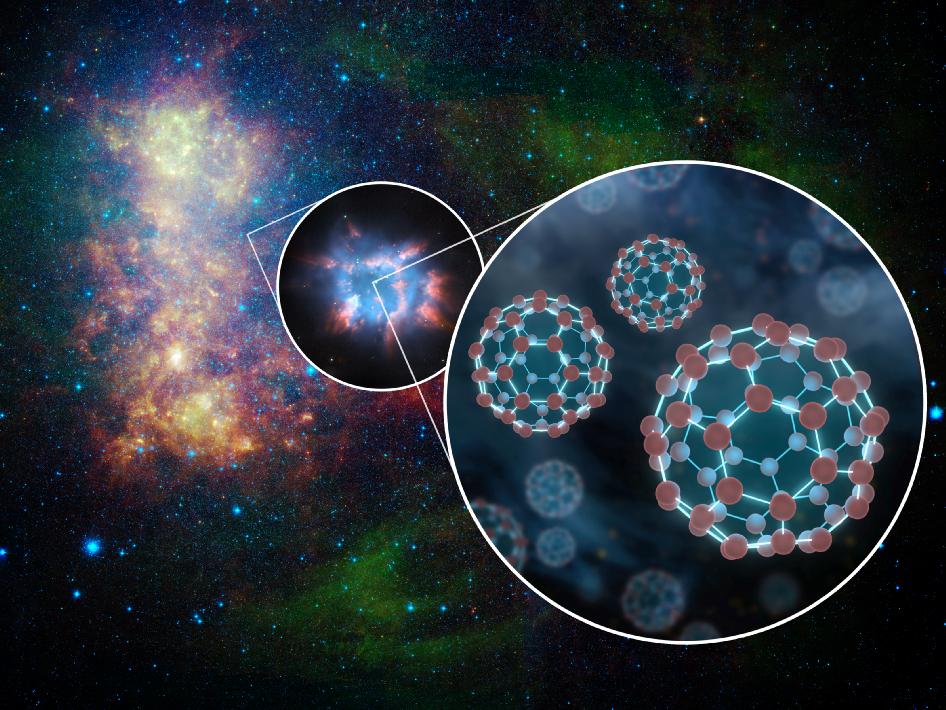 For the first time, NASA's Spitzer Space Telescope has detected little spheres of carbon, called buckyballs, in a galaxy beyond our Milky Way galaxy. The space balls were detected in a dying star, called a planetary nebula, within the nearby galaxy, the Small Magellanic Cloud. What's more, huge quantities were found -- the equivalent in mass to 15 of our moons.

An infrared photo of the Small Magellanic Cloud taken by Spitzer is shown here in this artist's illustration, with two callouts. The middle callout shows a magnified view of an example of a planetary nebula, and the right callout shows an even further magnified depiction of buckyballs, which consist of 60 carbon atoms arranged like soccer balls.

In July 2010, astronomers reported using Spitzer to find the first confirmed proof of buckyballs. Since then, Spitzer has detected the molecules again in our own galaxy -- as well as in the Small Magellanic Cloud.