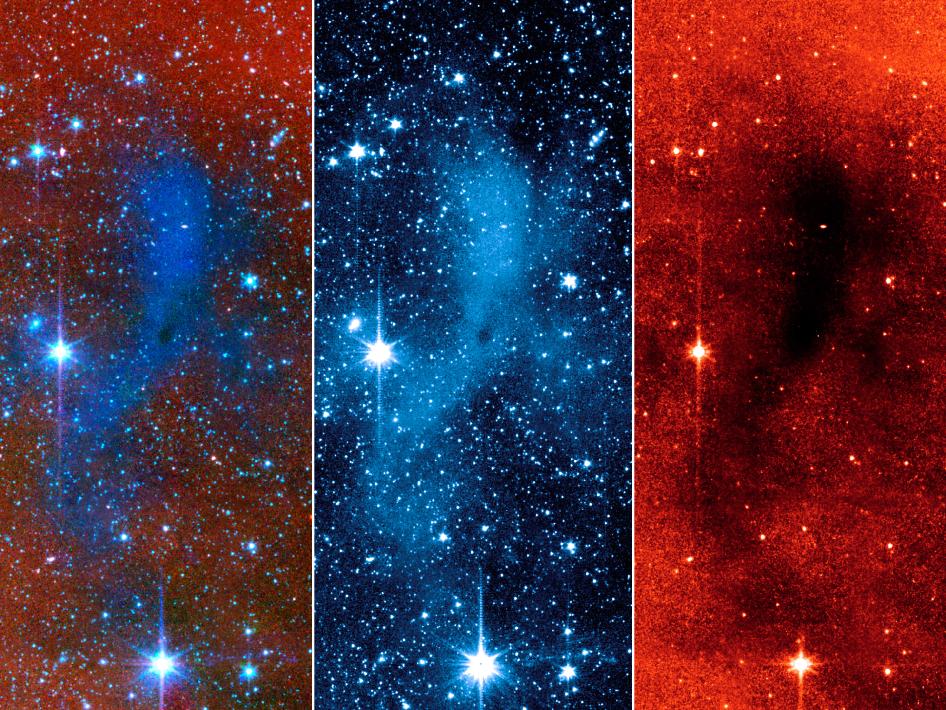 An Unexpected Scattering of Light

This series of images from NASA's Spitzer Space Telescope shows a dark mass of gas and dust, called a core, where new stars and planets will likely spring up.

The image on the far right shows the core as seen at longer wavelengths of infrared light (8 microns); when viewed at this wavelength, the core appears dark. The middle image shows the core as seen at a shorter infrared wavelength (3.6 microns). In this view, the core lights up because it is deflecting starlight from nearby stars. This unexpected light, called coreshine, tells astronomers that the dust making up the core must be bigger than previously thought -- smaller particles would not have been big enough to scatter the light. The image on the left is a combination of the other two images.

This particular core lies deep within a larger dark cloud called L183. Spitzer's infrared vision allows it to peer into the dark cloud to see the even darker cores buried inside.

The observations were made with Spitzer's infrared array camera.