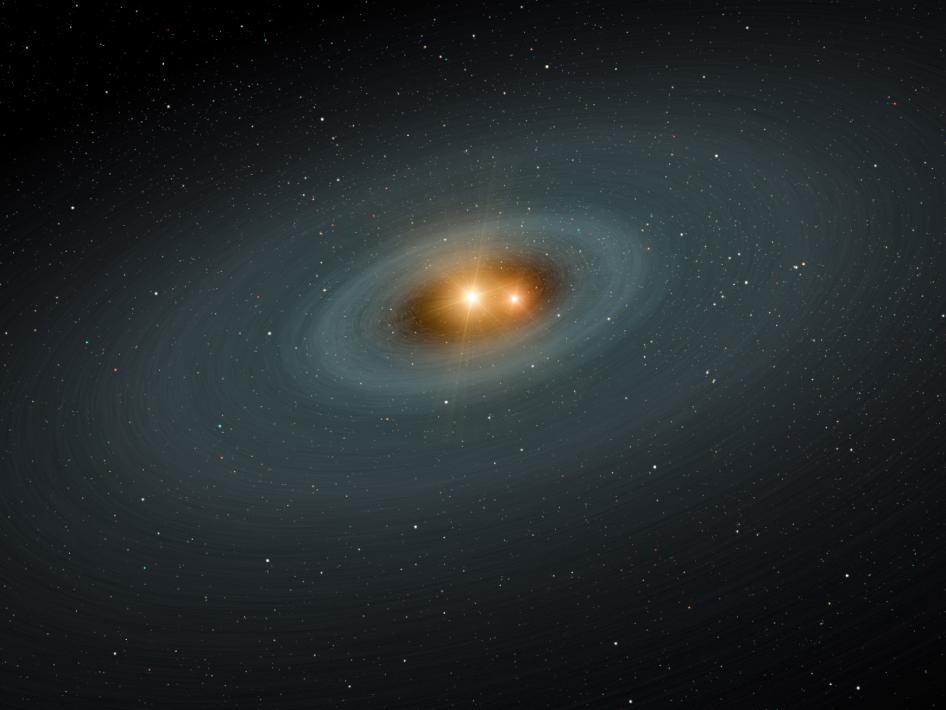 This artist's concept illustrates a tight pair of stars and a surrounding disk of dust -- most likely the shattered remains of planetary smashups. Using NASA's Spitzer Space Telescope, the scientists found dusty evidence for such collisions around three sets of stellar twins (a class of stars called RS Canum Venaticorum's or RS CVns for short). The stars, which are similar to our sun in mass and age, orbit very closely around each other. They are separated by just two percent of the Earth-sun distance. As time goes by, the stars get closer and closer, and this causes the gravitational harmony in the systems to go out of whack. Comets and any planets orbiting around the stars could jostle about and collide.