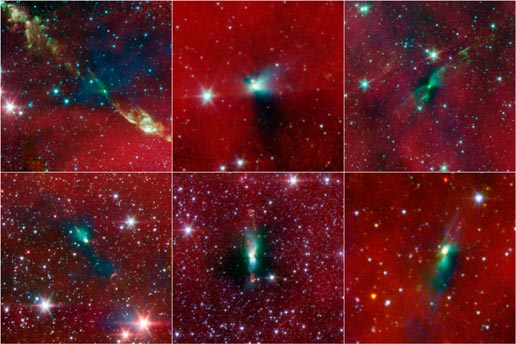 New evidence from NASA's Spitzer Space Telescope is showing that tight-knit twin stars might be triggered to form by asymmetrical envelopes like the ones shown in this image. All stars, even single ones like our sun, are known to form from collapsing clumps of gas and dust, called envelopes, which are seen here around six forming star systems as dark blobs, or shadows, against a dusty background. The greenish color shows jets coming away from the envelopes. The envelopes are all roughly 100 times the size of our solar system.