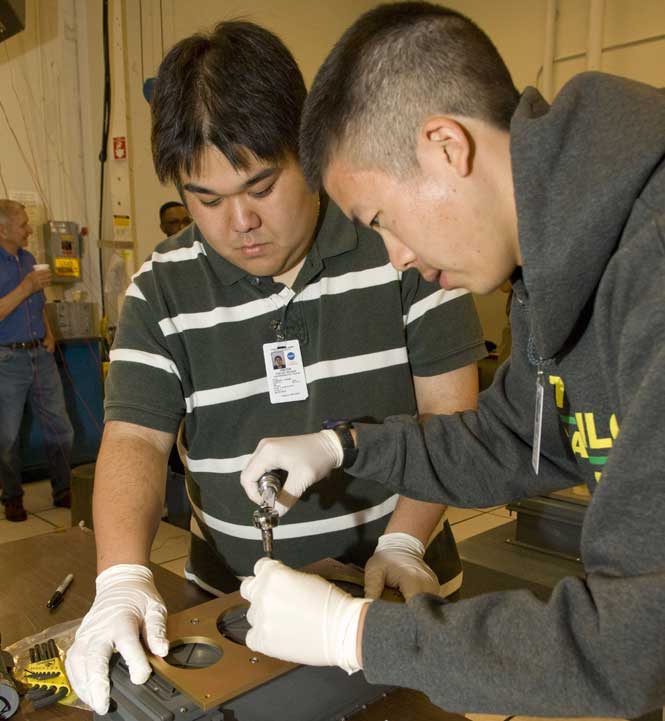 Roland Coelho and Alex Chin, students at California Polytechnic State University in San Luis Obispo, Calif., bolt an adapter plate to the bottom of the Poly Picosatellite Orbital Deployer (P-POD) to prepare the spacecraft for NanoSail-D vibration testing at Marshall Space Flight Center in Huntsville, Ala. NanoSail-D is snugly housed in the P-POD, a commercially available satellite deployer designed by Cal Poly. The satellite will be ejected into space by the P-POD shortly after it reaches orbit.

> View larger image
› Back To Top