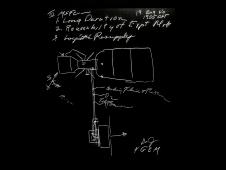 The discussion, open to NASA employees and the public, will begin at 2:30 p.m. EDT in the James Webb Auditorium of NASA Headquarters at 300 E St. SW in Washington. The event will air live on NASA Television and the agency's website.

Media representatives who want to attend must call 202-358-1100 no later than noon May 13. Anyone unable to attend the event in-person may ask questions during the program via Twitter or Google+ using the hashtag #asknasa.

NASA launched Skylab on May 14, 1973. It was the nation's first foray into significant scientific research in microgravity. The three Skylab crews proved humans could live and work effectively for long durations in space. The knowledge gathered during Skylab helped inform development and construction of the International Space Station, just as the research and technology demonstrations being conducted aboard the ISS will help shape a new set of missions that will take Americans farther into the solar system.