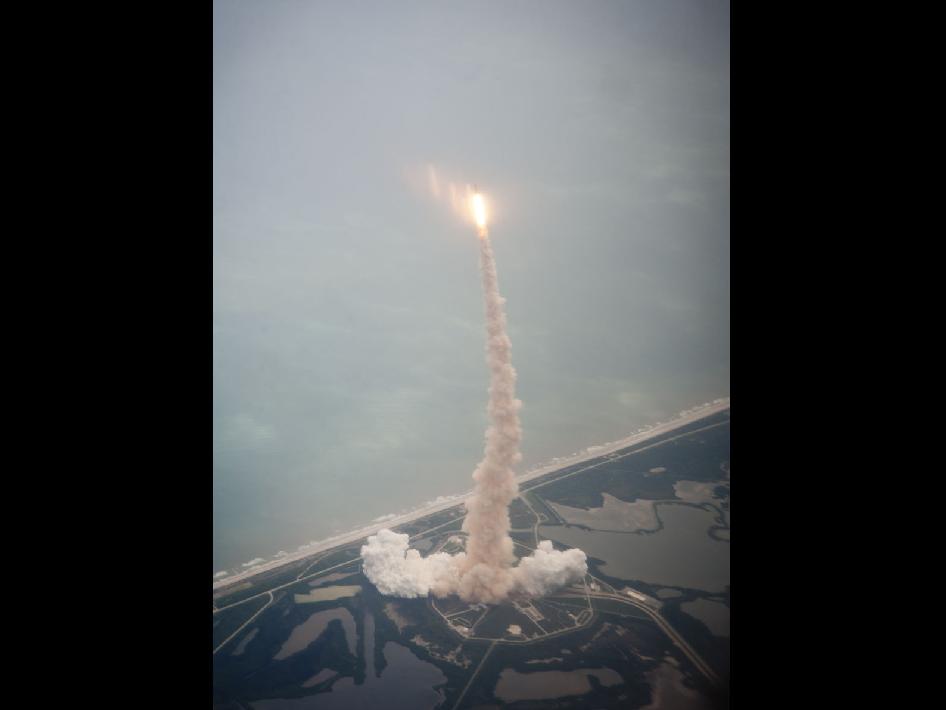 Space shuttle Atlantis is seen through the window of a Shuttle Training Aircraft (STA) as it lifts off at 11:29 a.m. EDT from Pad 39A at NASA's Kennedy Space Center in Florida.

Atlantis launched on the STS-135 mission and final flight of the Shuttle Program on a 12-day mission to the International Space Station.