From the Launch Pad 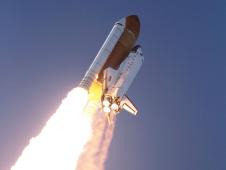 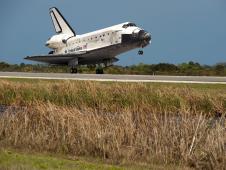 Discovery Posts Flawless Flight
The crew of STS-133 closed out space shuttle Discovery's roster of accomplishments with a virtually flawless 13-day flight to attach a new module to the International Space Station and help the residents there outfit the orbiting laboratory for continued research.
Commander Steve Lindsey, Pilot Eric Boe and Mission Specialists Alvin Drew, Michael Barratt, Nicole Stott and Steve Bowen lifted off aboard Discovery on Feb. 24, 2011, from NASA's Kennedy Space Center in Florida to begin Discovery's pursuit of the station.
The crew completed two spacewalks, installed the Permanent Multipurpose Module to the space station and attached a platform carrying spare parts for the station. They also outfitted the new module for use by station residents and set up the orbiting laboratory for continued research.
The shuttle soared through mostly clear skies over Florida on Wednesday, March 9. Lindsey guided Discovery onto the runway at NASA's Kennedy Space Center at 11:57 a.m. EST.

After the landing, reflection mixed with celebration at NASA's Kennedy Space Center in Florida after space shuttle Discovery completed the last of its 39 missions into orbit. Lindsey and his crew walked beneath the shuttle with NASA officials including Administrator Charles Bolden.

"I am so glad we got to land here at Kennedy, the home of Discovery," STS-133 Commander Steve Lindsey said. "As the minutes pass, I'm actually getting sadder and sadder about this being the last flight and I know all the folks involved with the shuttle program feel the same way."

Bill Gerstenmaier, NASA's associate administrator of Space Operations, said the work was critical to set up the station and its crew for research.

"I think (Discovery's) legacy will be the future," Gerstenmaier said.

The crew of STS-133 flew Discovery to the International Space Station to deliver new module, supplies. 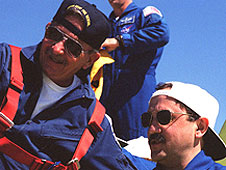 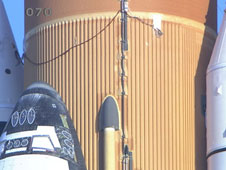 The crew of STS-133 is taking along dozens of items to mark the last space voyage of Discovery. 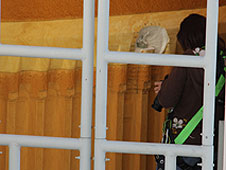 A pair of scanning technologies are being used to peer through space shuttle Discovery's external tank. 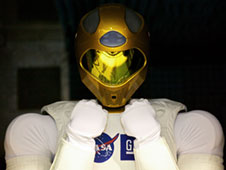 Engineers at NASA's Kennedy and Johnson space centers have drawn up plans to get Robonaut into space safely.