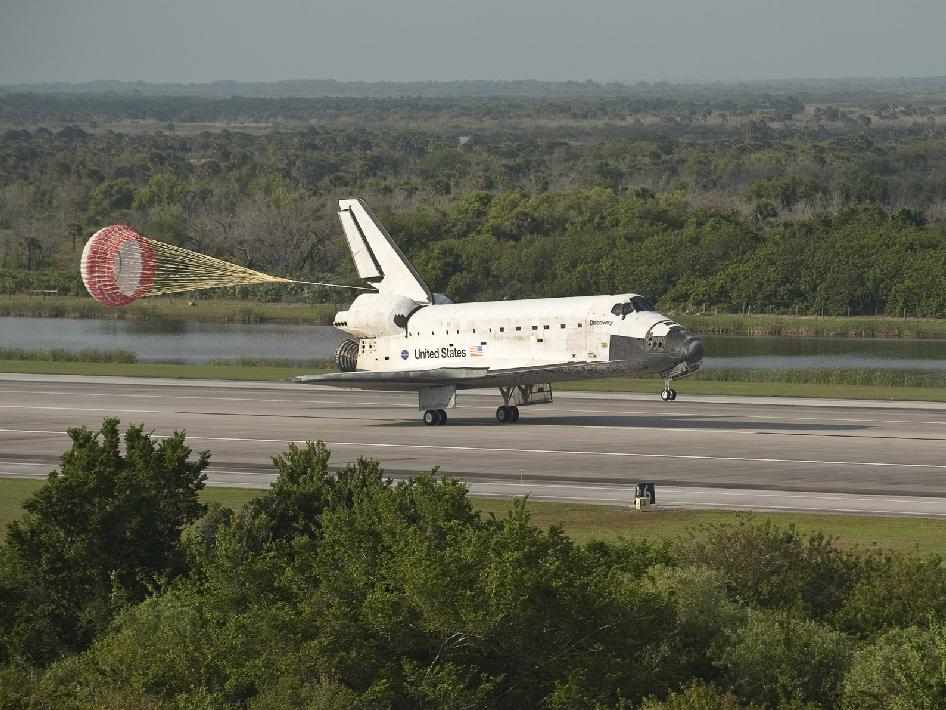 Space shuttle Discovery is seen as it lands at NASA's Kennedy Space Center in Florida, Tuesday.