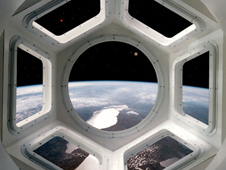 A computer generated scene gives the perspective of a crew member looking through the Cupola on the International Space Station. Photo Credit: NASA

The International Space Station has been moving steadily closer to completion for the past several years. But what house is complete without a utility room, a gym and a picture window?

During the STS-130 mission, space shuttle Endeavour will deliver the Tranquility node and its cupola, a dome-shaped extension from Tranquility made up of seven windows. They will be the last major U.S. modules to be added to the space station, and together they’ll help clear out premium workspace in other areas of the station – as well as offer a window on the world.

At 15 feet wide and 23 feet long, the Tranquility node will provide a centralized home for the station’s environmental control equipment – one of the systems that remove carbon dioxide from the station’s air, one of the station’s bathrooms and the equipment that converts urine into drinkable water, all of which is currently taking up space in the Destiny laboratory. And there’s enough room left over to house the station’s new treadmill and its microgravity equivalent of a weight machine, moving it out of the Unity node where it’s in the way whenever spacewalk preparations are going on inside the adjacent Quest airlock.

“It gives us a much needed addition to the house, so to speak,” said Bob Dempsey, lead space station flight director for the mission. “We’re getting to the point where we’re really cramped for space. You might be surprised at that, considering we’re essentially the volume of a 747 and we’ve been adding modules for the last couple of years. You might think we’d be sitting around in a big empty house. But no – every inch is really getting packed up there.”

“It’s like exercising in the office,” he said. “This will be a more logical organization, more focused.” 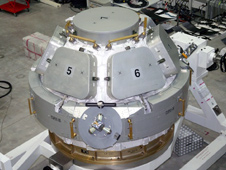 Though the node has an intensely practical function, there are still fanciful aspects to Tranquility. For one, its name, which was chosen with the help of a naming contest on NASA.gov.

“It harkens back to the Sea of Tranquility, where humans made their very first tentative landing on the moon,” Zamka said. “They were only there for a few hours, and it was at the very limits of what human beings could do. From that beginning, we’re now putting up a node that will house the majority of the life support equipment for the station, where we’re going to have a permanent presence in space.”

But everyone agrees that the real scope for the imagination will be provided by Tranquility’s 6.5-by-5-foot annex: the cupola. Its true purpose will be to provide a true view of robotics operations on the station’s exterior – such as those that will be required when the next module, the Russian Rassvet, is added during STS-132 – and in that it will be invaluable.

“Out the window is the truth,” Zamka said. “The video views that we use now, you’re trying to stick together and have a mental image of where things are. When you look out the window, you don’t have to imagine. It’s all right there for you.”

But there’s no question that many people – including Zamka – are looking forward to looking out of it for other views.

“Just the idea of providing this great view of the station and the world beneath us is going to be pretty great,” he said. “That’s not what it’s for, but it will be spectacular.”

The cupola will be like a mini control tower sticking out from the Tranquility node, as opposed to the other station windows, which are flush with the station’s exterior. Its seven windows – one in the center and six around the sides – will provide the only views of the outside of the station from the inside, in particular the Russian and Japanese sections. And with the station just about finished, there’s more to see out there than ever. 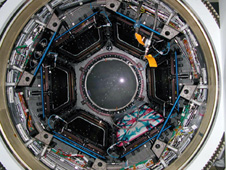 So, Zamka said, in addition to the robotic operations and Earth views it will provide, it will also give us a good look at some of the space shuttle fleet’s finest handiwork as the program comes to an end. And that provides its own cause for reflection.

Kwatsi Alibaruho, lead STS-130 space shuttle flight director, said that even with so much left to do in the program’s final five flights, he was making it a point to spend some time thinking about the subject.

“It’s very easy to get into a routine, to lose oneself in the hustle and bustle of trying to get the work done,” Alibaruho said. “But the shuttle is a unique spacecraft. I find myself thinking a lot about how I’m going to describe this time to my son when he’s old enough to understand. There has never been an operational spacecraft like it before and all indications are that it will be some time before there will be one like it again. I find myself really appreciative of the opportunity I’ve had to serve in this capacity.”
› Back To Top