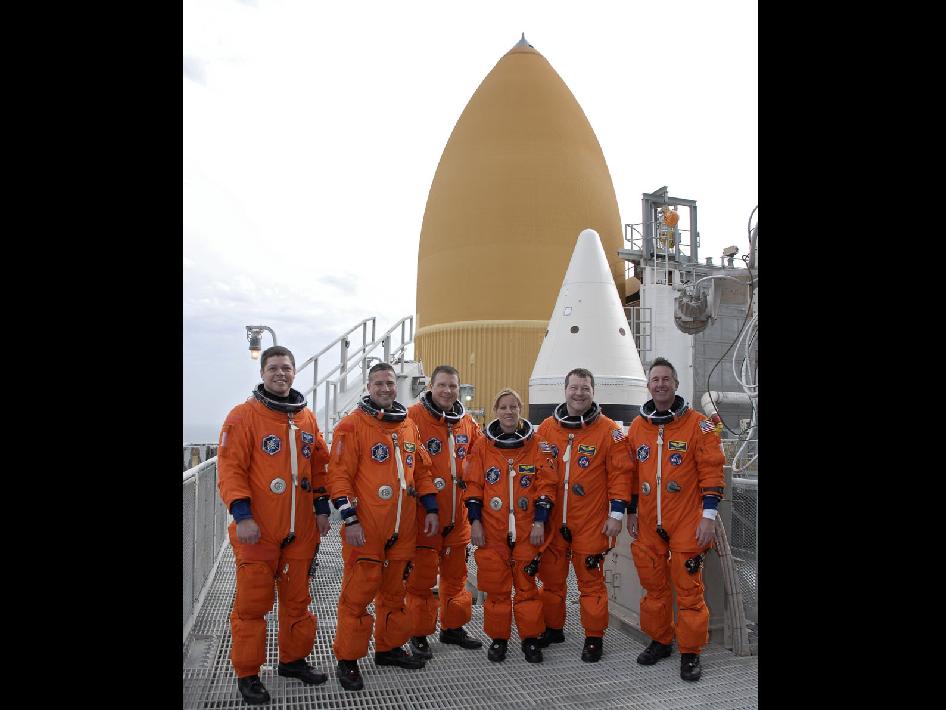 At Launch Pad 39A at NASA's Kennedy Space Center in Florida, the crew of space shuttle Endeavour's STS-130 mission poses for a group portrait in front of the tips of Endeavour's external tank and one of its solid rocket boosters at the conclusion of the Terminal Countdown Demonstration Test, the dress rehearsal for their launch.