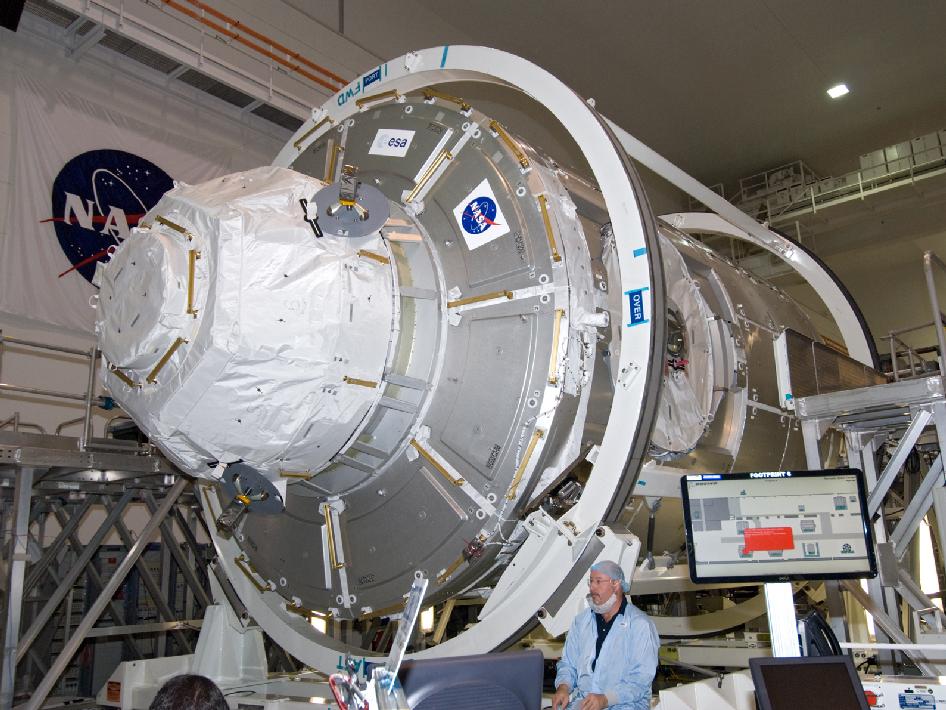 Its cupola, seen in this view, is covered and its hatch secured. Hatch closure follows the completion of preparations for the node's transport to the pad and is a significant milestone in launch processing activities.

The two modules are the payload for Endeavour's STS-130 mission to the International Space Station.