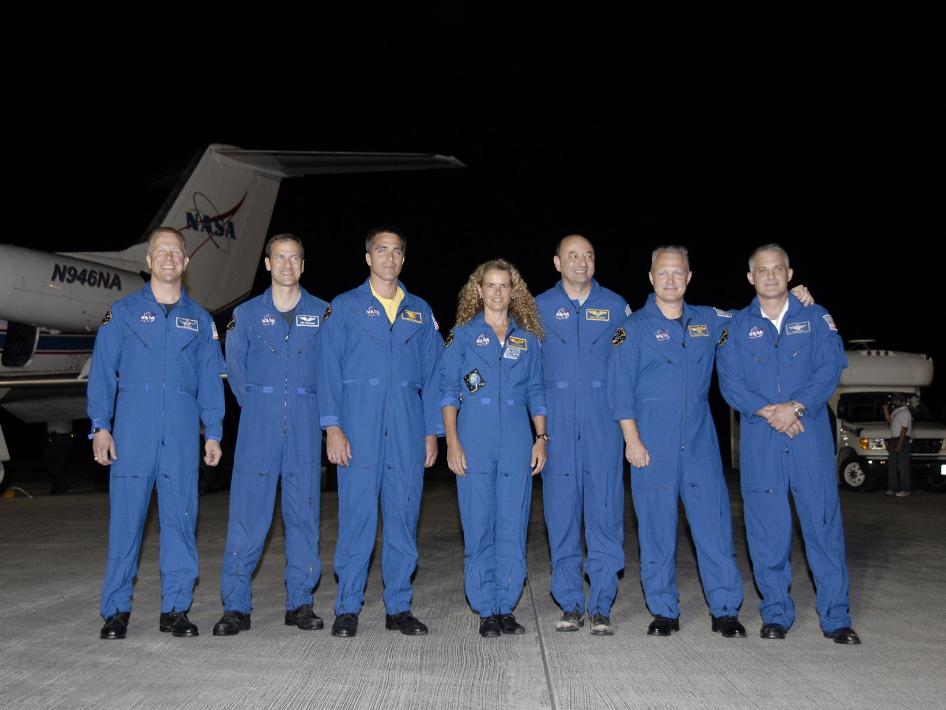 The STS-127 crew poses for a group portrait following their arrival at the Shuttle Landing Facility at NASA's Kennedy Space Center in Florida.

The astronauts aboard the Shuttle Training Aircraft in preparation for launch on space shuttle Endeavour. The mission is the final of three flights dedicated to the assembly of the Japan Aerospace Exploration Agency's Kibo laboratory complex on the International Space Station. Endeavour will deliver the Japanese Experiment Module's Exposed Facility and the Experiment Logistics Module-Exposed Section.