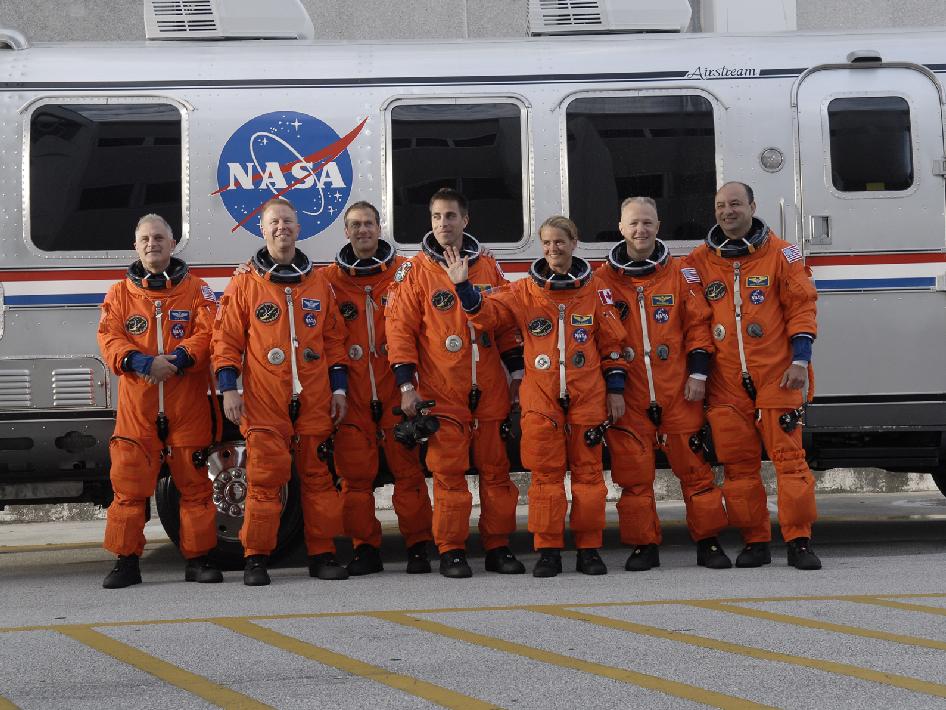 At NASA's Kennedy Space Center in Florida, STS-127 crew members stop in front of the Astrovan to acknowledge the spectators who have gathered to see them leave for Launch Pad 39A for a simulated launch countdown.

The launch dress rehearsal is the final activity in their three-day prelaunch training at Kennedy.