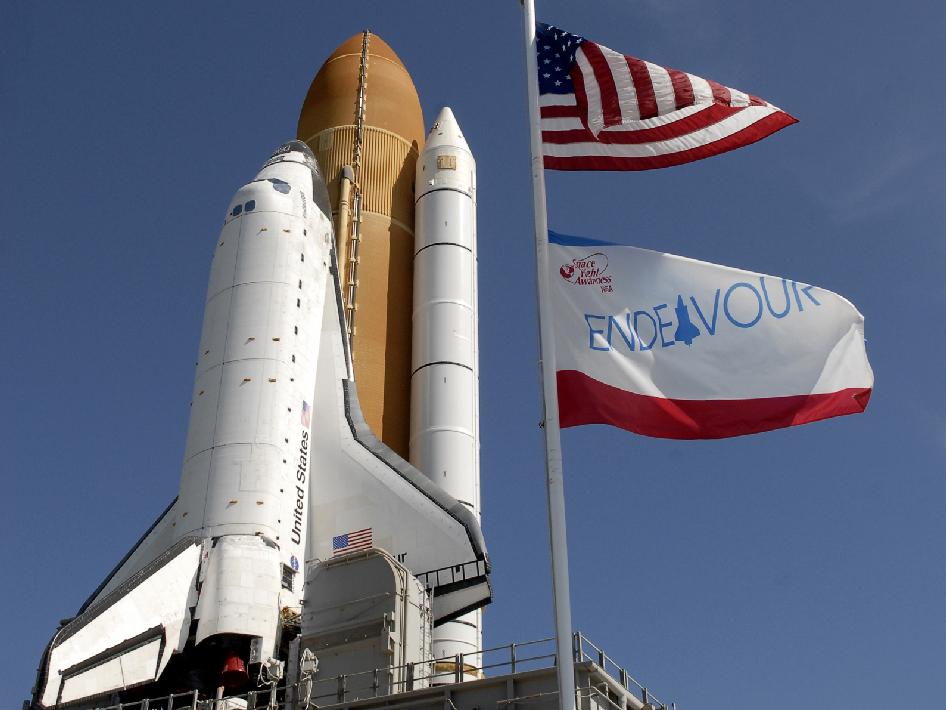 Headed for the Launch Pad

At NASA's Kennedy Space Center in Florida, flags swing in the breeze as space shuttle Endeavour approaches Launch Pad 39A.

Endeavour was on standby on Pad 39B to be used in the unlikely event that a rescue mission was necessary during space shuttle Atlantis' STS-125 mission to NASA's Hubble Space Telescope. Endeavour's next mission, STS-127, is to the International Space Station.