Space shuttle Endeavour vaulted off the launch pad lighting up the night sky with a crew of seven to deliver the Japan Aerospace Exploration Agency's Kibo laboratory and a Canadian robotics system to the International Space Station. 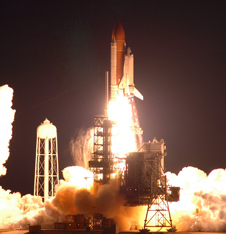 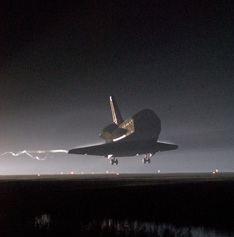 After the flawless launch, Endeavour's record-breaking 12-day stay at the station and five ambitious and successful spacewalks, the astronauts accomplished all of their assignments, including some get-ahead tasks for the upcoming STS-124 mission.

The shuttle crew, working with the Expedition 16 members, attached the first section of the Kibo component to the station -- Kibo means 'hope' in Japanese. Three spacewalks later the two-armed robotics system known as Dextre was up and running.

Completing 6.6 million miles and nearly 16 days in space, the shuttle crew was ready for the journey home. Low clouds over and around the Shuttle Landing Facility at NASA's Kennedy Space Center thwarted the first landing attempt.

The second opportunity brought shuttle Endeavour and its crew safely back to Earth at 8:39 p.m. EDT, March 26. The European Space Agency's astronaut, Leopold Eyharts, returned with the STS-123 crew after living on the outpost since early February. Reisman, a first-time space flyer, replaced Eyharts as Expedition 16-17 Flight Engineer.

Twin sonic booms were heard over Florida's Space Coast a few minutes before the orbiter glided down out of the night sky onto the runway for a perfect touchdown. 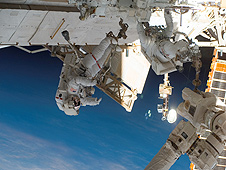 'Hope' has a home in space plus Dextre's two arms are better than one. 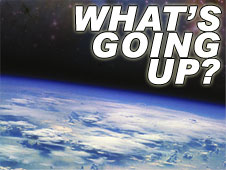 
Space shuttle Endeavour is carrying scores of items to commemorate the achievements of the mission and to mark the astronauts' individual accomplishments. 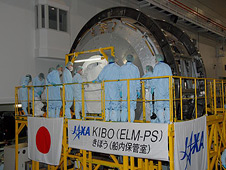 A 20-year-old dream of a Japanese presence in space nears reality. 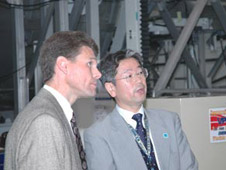 As a payload mission manager for the space station, Scott Higginbotham's job satisfaction is out of this world. 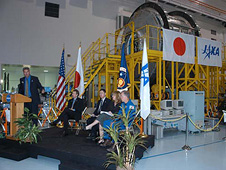