STS-120: Perfect Beginning and End to a Spectacular Mission 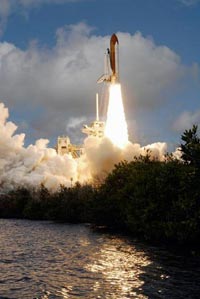 The prime payload was an Italian-built U.S. module called Harmony. The construction mission's two primary goals were to attach Harmony to the International Space Station in a temporary position and relocate the P6 truss segment and its solar arrays to the end of the port side of the station.

The mission, commanded by Pam Melroy, also delivered Mission Specialist Dan Tani to the space station, where he replaced astronaut Clay Anderson who returned to Earth on Discovery after spending five months onboard the station.

The crew conducted four spacewalks during the mission, including one which pitted shuttle, station and ground crews against a snagged and torn solar array. 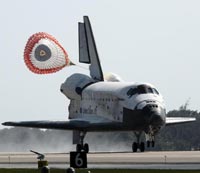 Outstanding work by the teams resulted in a repaired, fully deployed and functional array, paving the way for upcoming missions.

After 15 days and 238 orbits of the Earth, Discovery and crew were welcomed back to Florida on Nov. 7 where they touched down on Runway 33 at Kennedy's Shuttle Landing Facility.