STS-118: Investing in the Future 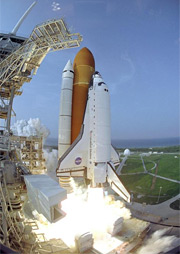 Space Shuttle Endeavour lifted off from NASA's Kennedy Space Center on Aug. 8, 2007 following a smooth countdown. The STS-118 mission was the 22nd flight to the International Space Station and Endeavour's first flight since 2002.

During the mission, the combined crews of Endeavour and the International Space Station worked together to add the third starboard truss segment, the S5 truss, to the station's backbone. 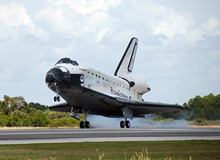 After 201 orbits in more than 12 days, Endeavour glided to a picture-perfect landing Aug. 21 on Runway 15 at Kennedy's Shuttle Landing Facility.