From Shuttle to Orion 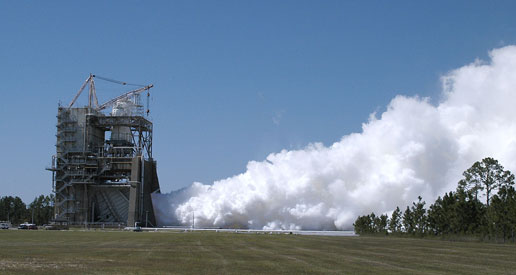 NASA is marking a historic moment in the life of the nation's largest rocket engine test complex. The Stennis Space Center conducted the final space shuttle main engine test on its A-1 Test Stand on Friday, Sept. 29. Although this ends the stand's work on the Space Shuttle Program, it will soon be used for the rocket that will carry America’s next generation human spacecraft, Orion.

The A-1 stand begins a new chapter in its operational history in October. It will be temporarily decommissioned to convert it for testing the J-2X engine, which will power the upper stage of NASA's new crew launch vehicle, the Ares I. The J-2X will also power the Earth departure stage of the Ares V new cargo launch vehicle. The Ares I and V vehicles will provide the thrust, while the Orion crew capsule will be future astronauts' home in space.

The J-2X is a modification of the Apollo Program's J-2 engine, which helped send the first Americans to the moon. The original J-2s were also tested at Stennis.