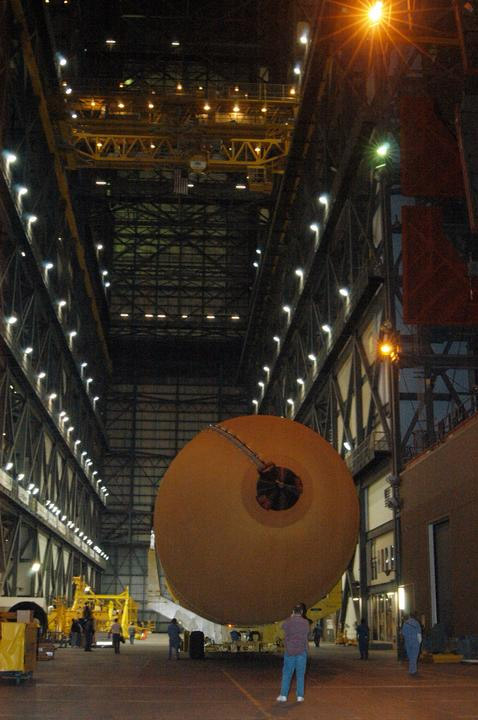 KENNEDY SPACE CENTER, FLA. -- The redesigned external fuel tank that will launch space shuttle Discovery on the next shuttle mission, STS-121, arrives safely in the transfer aisle of the Vehicle Assembly Building. The Pegasus barge delivered the tank from the Michoud Assembly Facility in New Orleans to NASA's Kennedy Space Center. Next, the tank will be lifted into a checkout cell for further work. The tank, designated ET-119, will fly with many major safety changes, including the removal of the protuberance air load ramps. A large piece of foam from a ramp came off during the last shuttle launch in July 2005. The ramps were removed to eliminate a potential source of damaging debris to the space shuttle. The next launch of Discovery is scheduled for May 2006.