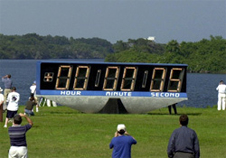 Image above: Spectators gather on the grounds in front of the countdown clock during a space shuttle launch. Credit: NASA

The countdown clock is one of the most-watched timepieces in the world. On this page, you'll learn how the countdown operates, and what milestones to watch for during our live launch coverage.

Here are some of the key events that take place at each milestone after the countdown begins. Note: Event times and lengths are approximate and subject to change.

T-43 hours and counting
The Shuttle Test Director performs the traditional call to stations and the countdown clock is activated. T-27 hours and holding
This is the first built-in hold and typically lasts four hours. 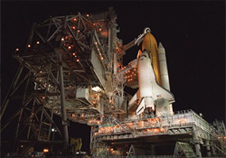 Image above: After rollback of the rotating service structure on Launch Pad 39A, space shuttle Endeavour waits for launch on the STS-127 mission. Credit: NASA/Kim Shiflett 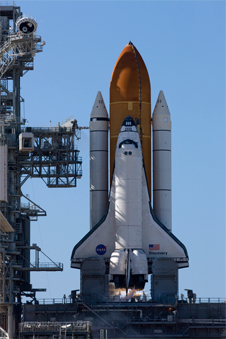 Image above: Sparks fly beneath space shuttle Discovery as engines ignite for the liftoff on mission STS-124. Credit: Photo courtesy of Scott Andrews 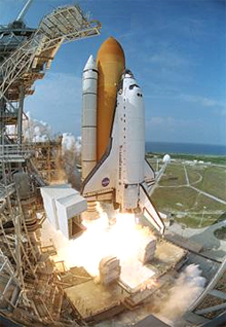