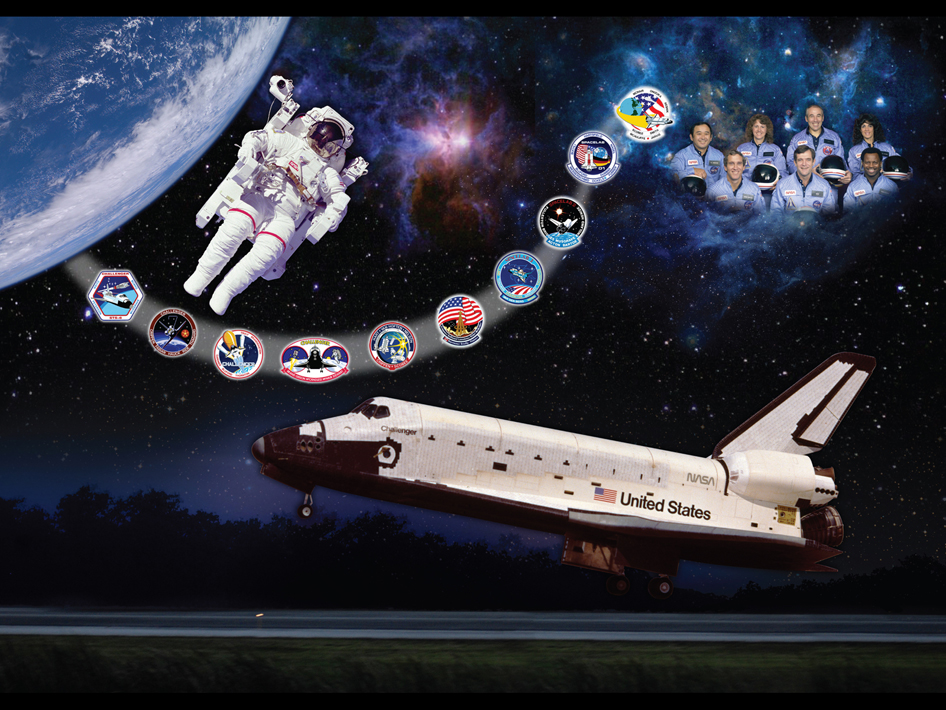 This is a printable version of space shuttle Challenger's orbiter tribute, or OV-099, which hangs in Firing Room 4 of the Launch Control Center at NASA's Kennedy Space Center in Florida. Challenger's accomplishments include the first night launch and first African-American in space, Guion Bluford, on STS-8, the first in-flight capture, repair and redeployment of an orbiting satellite during STS-41C, the first American woman in space, Sally Ride, on STS-7, and the first American woman to walk in space, Kathryn Sullivan, during STS-41G. Challenger is credited with blazing a trail for NASA's other orbiters with the first night landing at Edwards Air Force Base in California on STS-8 and the first landing at Kennedy on STS-41B. The spacewalker in the tribute represents Challenger's role in the first spacewalk during STS-6 and the first untethered spacewalk on STS-41B.

Crew-designed patches for each of Challenger's missions lead from Earth toward a remembrance of the STS-51L crew, which was lost 73 seconds after liftoff on Jan. 28, 1986. Five orbiter tributes are on display in the firing room, representing Atlantis, Challenger, Columbia, Endeavour and Discovery.