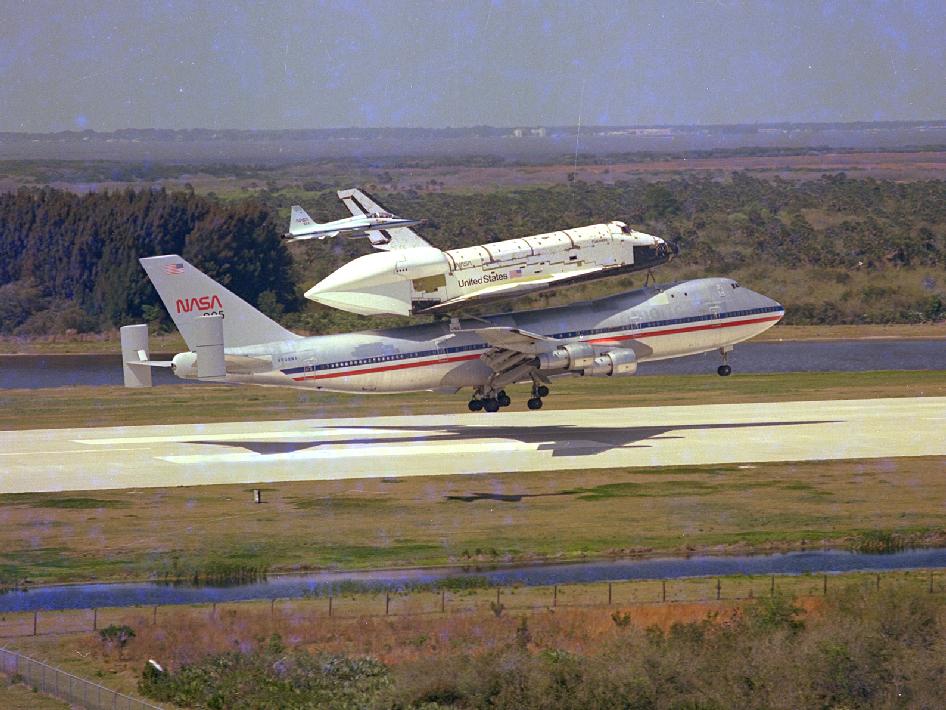 Riding piggyback on its 747 carrier aircraft, space shuttle Columbia is only seconds away from a touchdown at Kennedy Space Center's Shuttle Landing Facility, completing its 2,400-mile ferry flight from Dryden Flight Research Center in California. Columbia, the first of the fleet of space shuttles, launched April 12, 1981, on the maiden voyage of the Space Shuttle Program, STS-1.