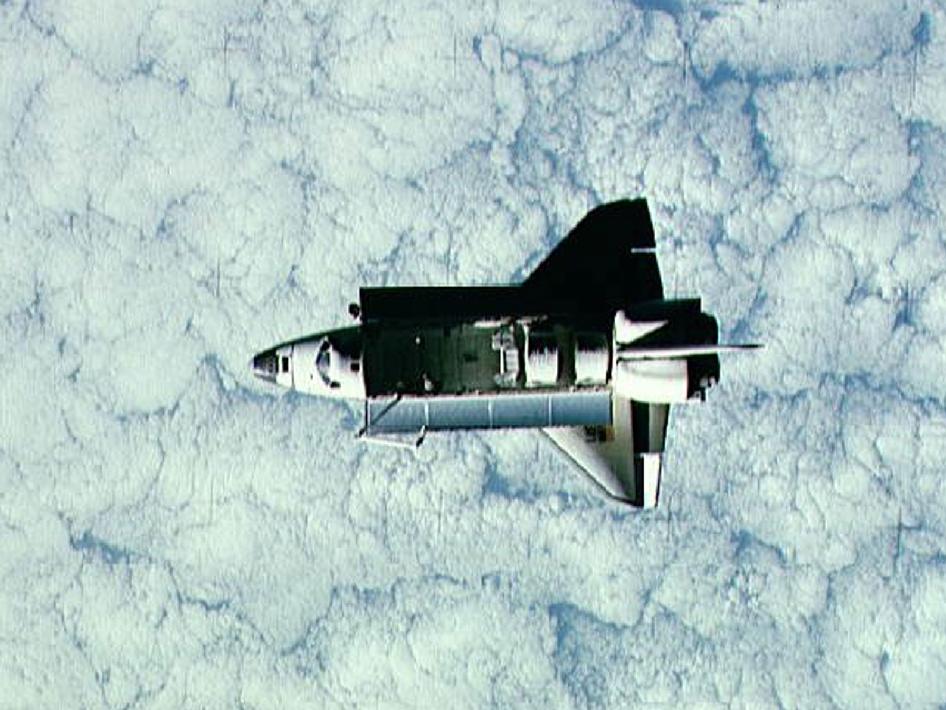 Challenger as it flew in space during STS-7. The spacecraft was filmed from the SPAS satellite Challenger's crew released shortly before the image was taken. The SPAS, which was an instrument platform and had no one aboard, was retrieved later and came back to Earth on Challenger.