Grow Text SizeShrink Text Size
NASA Depends on Freedom and Liberty
When most people think of the ships in NASA's fleet, they think of the space shuttles that pierce the sky as they carry astronauts toward space. But NASA has two seagoing ships, Liberty Star and Freedom Star, which also stand ready on shuttle launch day. Their crews' mission is heading to sea to retrieve the two solid rocket boosters that power the shuttle's ascent. 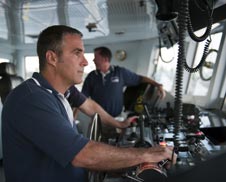 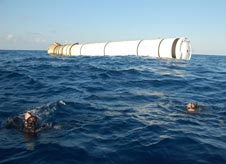 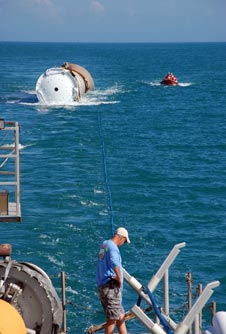 Image above: Crew members from Freedom Star monitor the booster as it is towed toward the vessel for its return trip to Port Canaveral in Florida. Image credit: NASA/Ben Smegelsky › View larger image 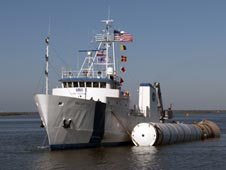